Wonderful Nature : Amazing Trip To The Island Of Tenerife, Spain

In this article of "Amazing trip to the island of Tenerife, Spain" we will be telling you all about this Atlantic Paradise.

The island of Tenerife, Spain

Tenerife is a Spanish island off the coast of Morocco and Western Sahara. That is part of a group of islands collectively known as the Canary Islands. The Atlantic landmass is a very popular tourist destination due to its rich history, natural landmarks that are recognized by UNESCO, and also its tourism-friendly climate.

The isle is the most populated region out of the eight main islands that make up the Canaries, furthermore, and it is also the most populous Spanish island. Currently, the district has a population of close to 1 million people which is equivalent to about 43% of the entire population of the Canaries is located on just one island.

The reason for this is that the locality is the largest territory out of the Canaries chain of islets at a size of 2,034 square kilometers although it is not that big of a difference compared to the neighboring isle of Fuerteventura which 1,659 square kilometers in size. 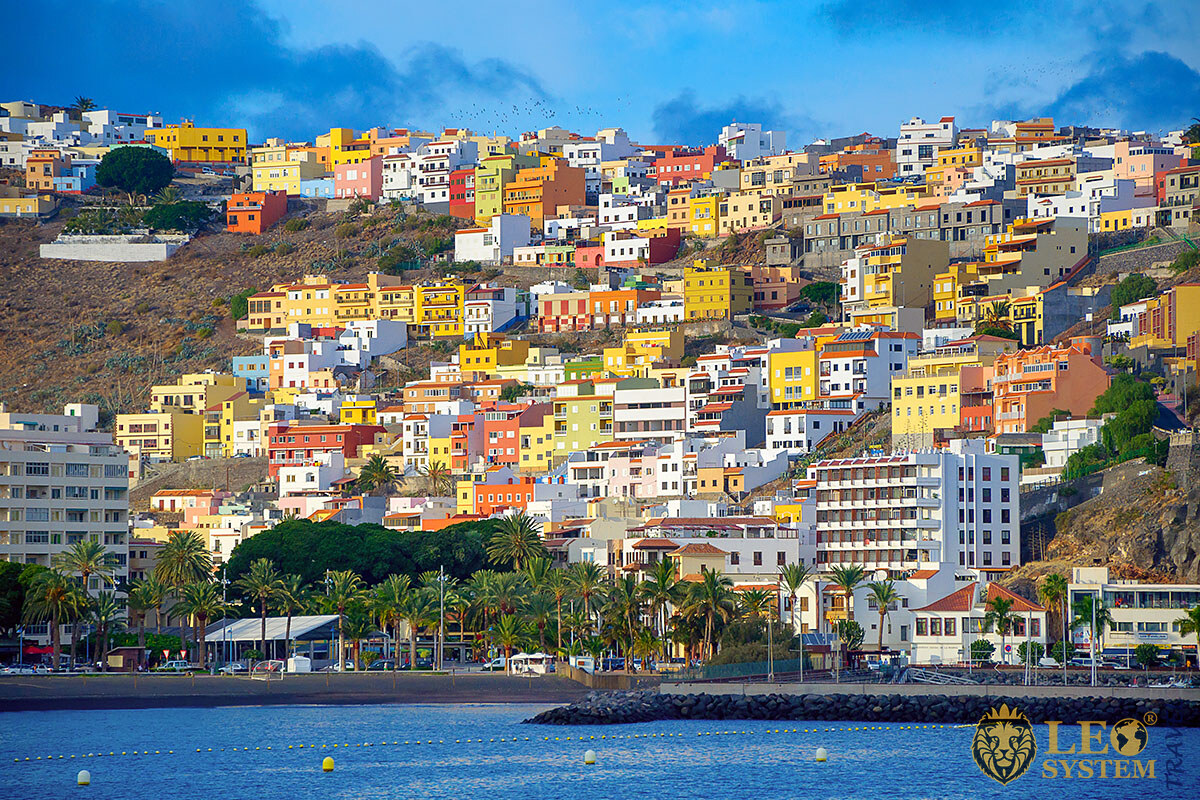 However, this region is much flatter which allows for easier construction of settlements, and it is also located in the center of all of the other territories in the region which makes it a prime hub for all of the residents of the Canaries.

Archaeological evidence shows that the landmass was first inhabited by a large number of humans during 200 BC when the Berbers arrived from North Africa. However, there is evidence that there was a presence on the isle as far back as 600 BC due to mummified human remains being found in the Cave of the Guanches. 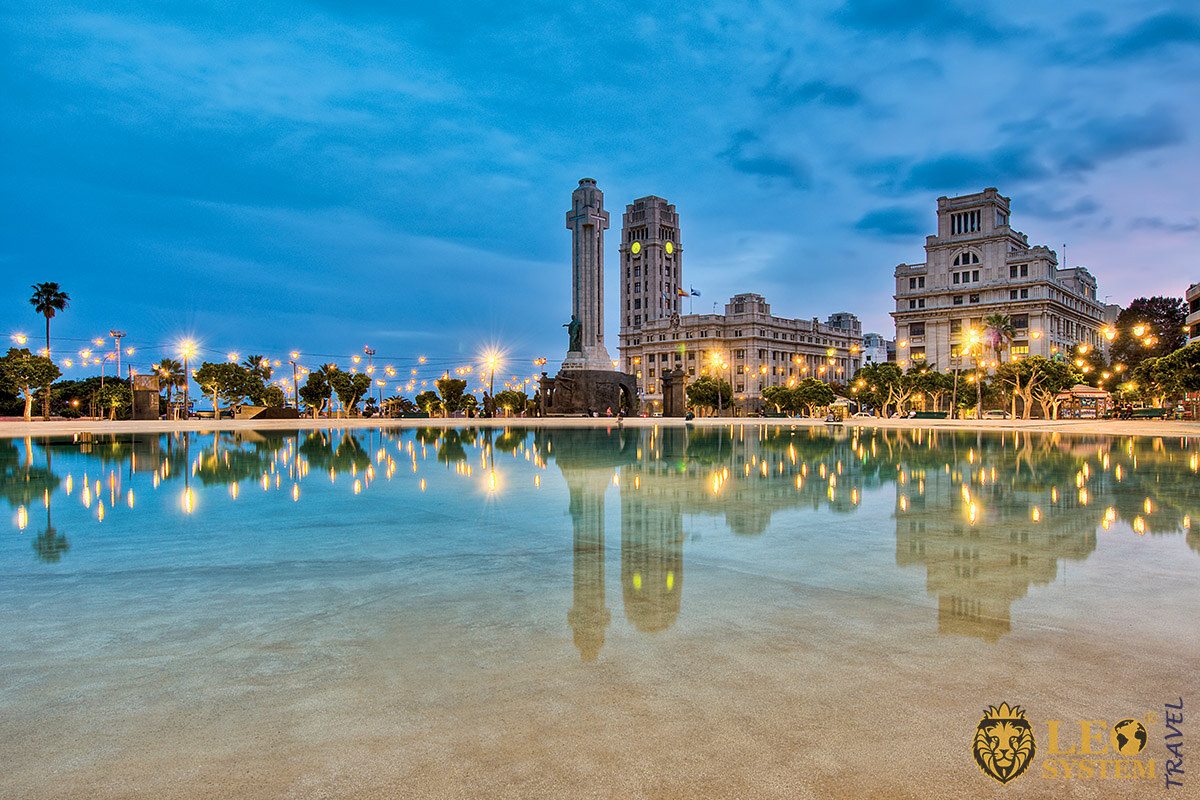 The isle is home to a large number of plants such as the Mount Teide bugloss which is a flower that grows on the famous Mount Teide that we will discuss further below in this article.

The Mount Teide bugloss is known for its colorful upper half that makes for a nice change from the rest of the environment that happens to be bland in color. 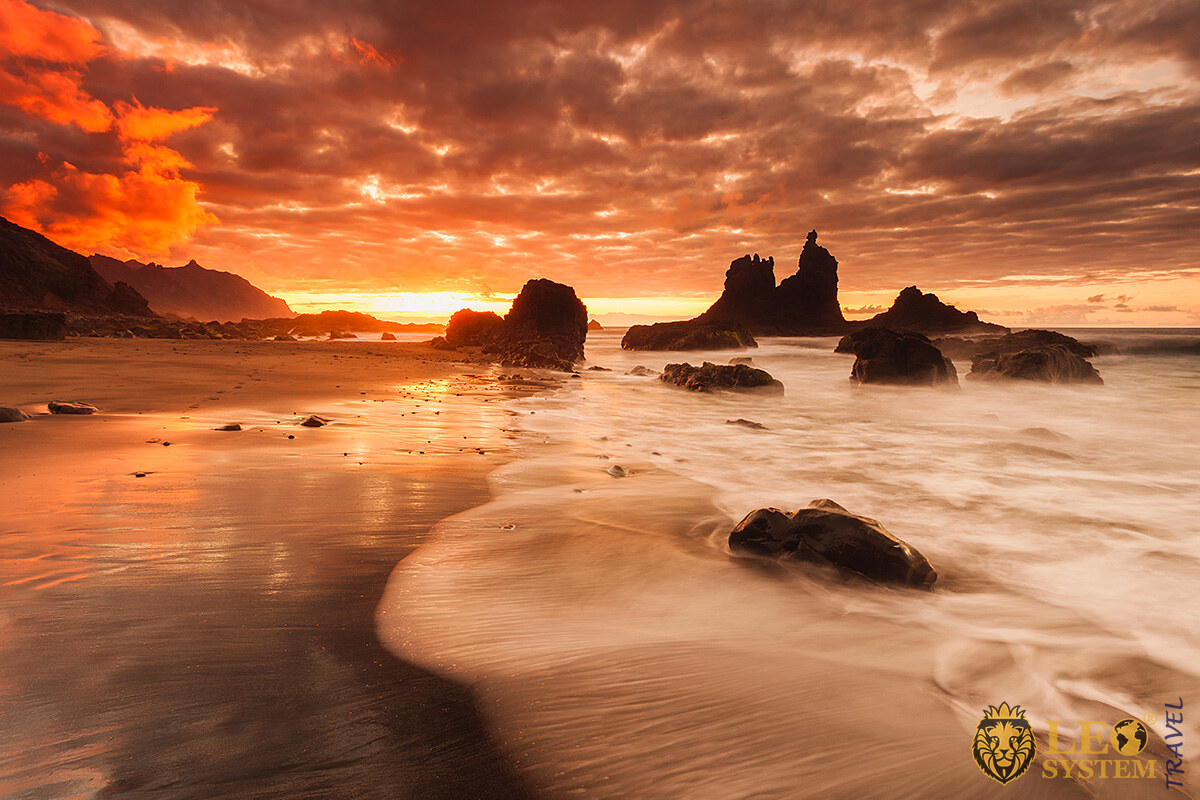 Furthermore, there is the Canary Islands dragon tree which can be found here as well as in other regions of the canaries. This species of tree is so loved that it is actually one of the official natural symbols of the community.

The Canary Islands dragon tree is known for the unique way that it grows with the stem of the tree only growing halfway and then multiple thick branches continuing to grow upwards. Additionally, there are subtropical forests on the territory known as a laurel forest due to high levels of humidity and hot temperature inside the forest.

This Spanish gem is home to a large number of unique animals that have formed mainly thanks to the fact that the territory has been separated from mainland Africa tens of millions of years ago. This is why you will have an amazing trip to the island of Tenerife, Spain.

One of those animals is the Gallotia galloti which is also native to other parts of the archipelago. The Gallotia galloti is known for its blue coloring that usually occurs on its bottom jaw with other blue spots being present on the lizard’s body. 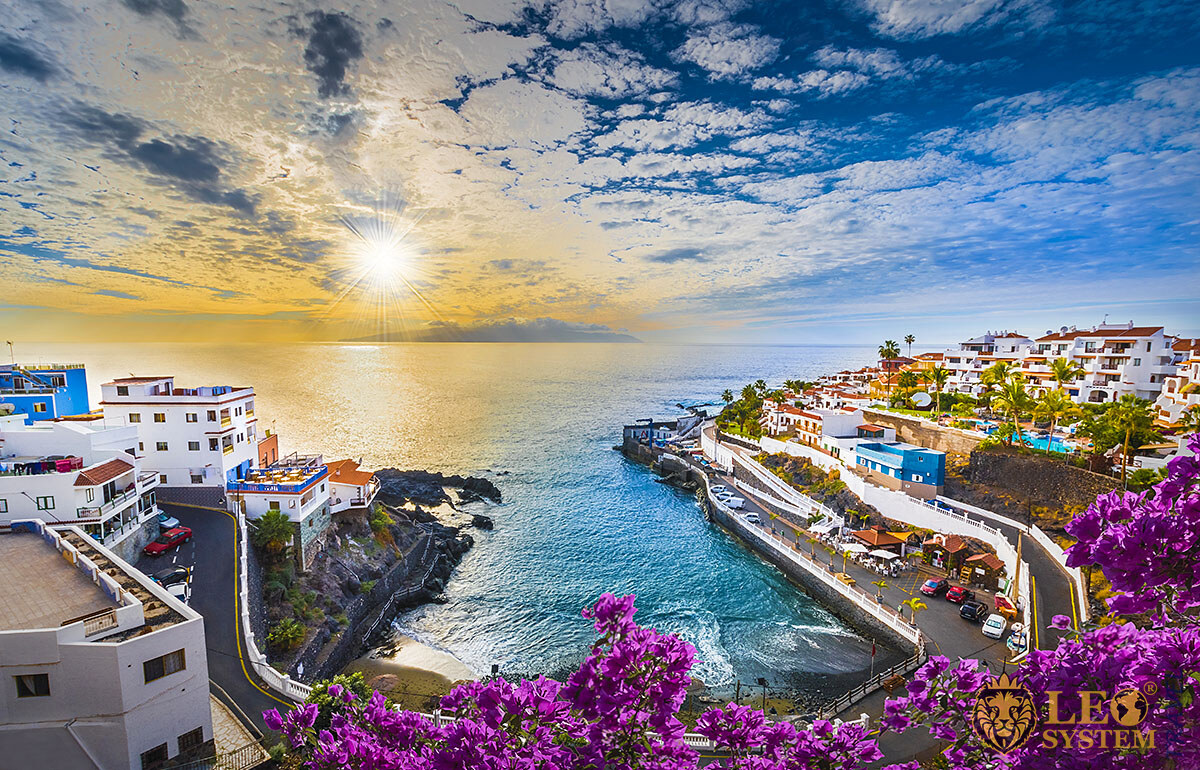 We also have to mention the Tenerife blue chaffinch is a small blue bird that is the official animal of the province. Usually, only the males develop a blue coat which they use to impress the females which tend to be gray in color.

Finally, there is the Canary big-eared bat which is a unique species of bat that is native to this isle as well as the western canaries.

Historical Sites You Can Visit In Tenerife.

If you love learning about history then it is a great idea to travel to this popular tourist destination, one of the best historical attractions are the Cave of the Guanches and also the Caves of Don Gaspar which were used as a place of storage for tools, equipment and also seeds by the early people in the area. 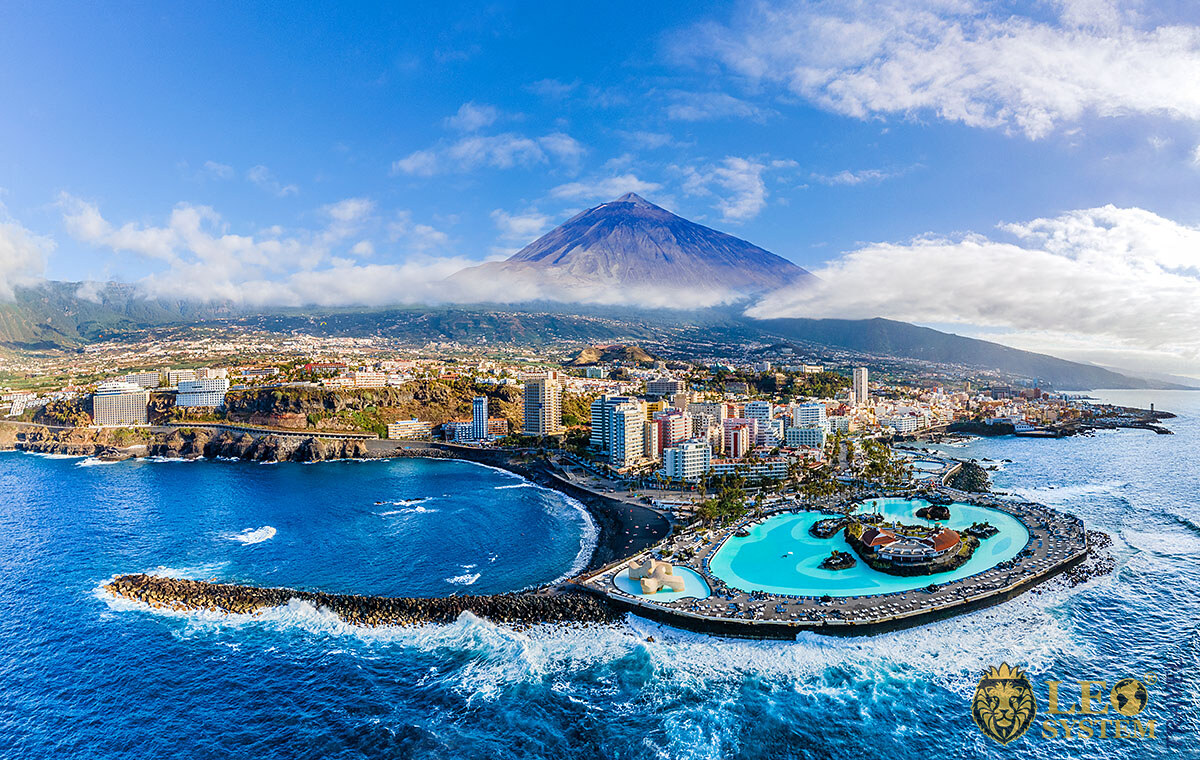 Moreover, they were used as a shelter during bad weather and also for art with multiple cave paintings being noted throughout. It can be a great experience to explore these caves with a guide that can further elaborate on what you are seeing.

There are also a large number of natural landmarks on this popular tourist destination that are renowned around the world. One of those natural landmarks is the Teide National Park which is a UNESCO World Heritage Site. 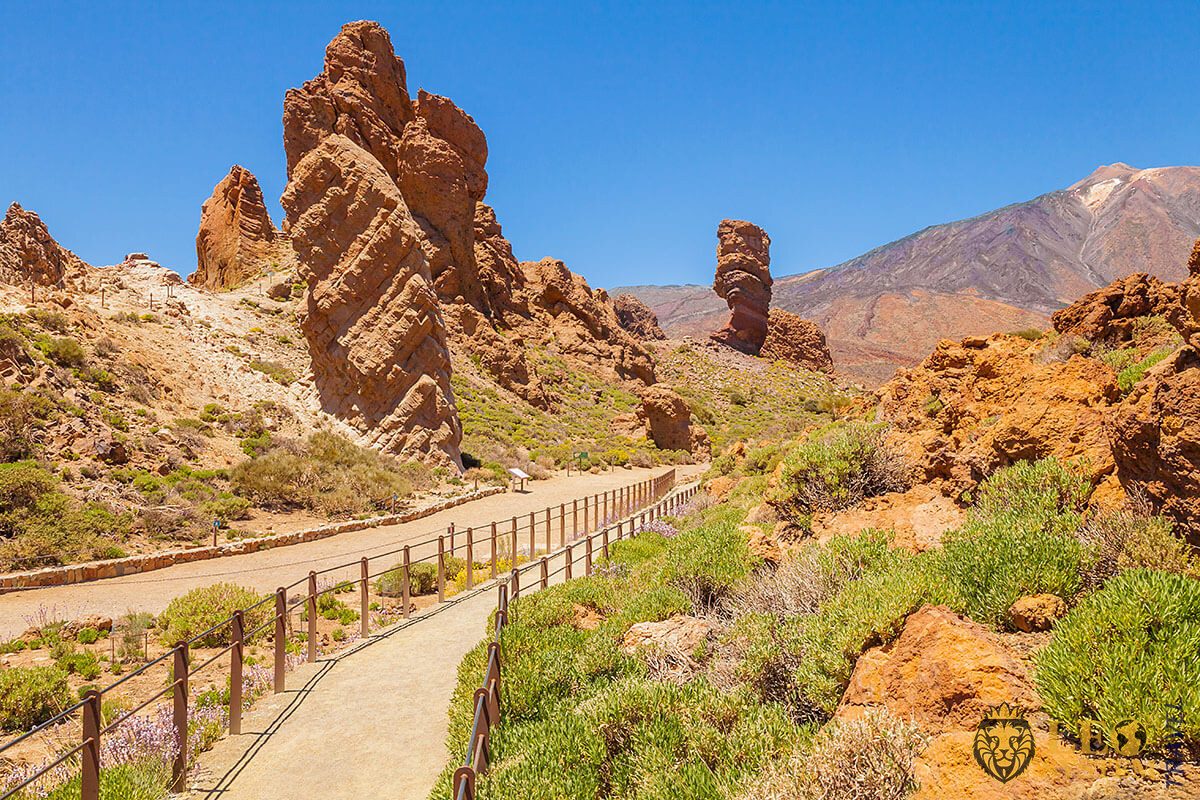 The Teide National Park is home to Mount Teide which happens to be the tallest mountain in all of Spain. It is home to an untouched rich habitat that is home to many unique animals and plants.

It is estimated that over 4 million people visit the park every single year. Moreover, due to its large size, Mount Teide creates the largest known sea shadow in the world.

Apart from that, there is the Playa de Las Teresitas which is an expansive beach that is enjoyed by hundreds of thousands of people every year. There is also the opportunity to go hiking in a region of the isle that is known as Taganana that is noted for its greenery. 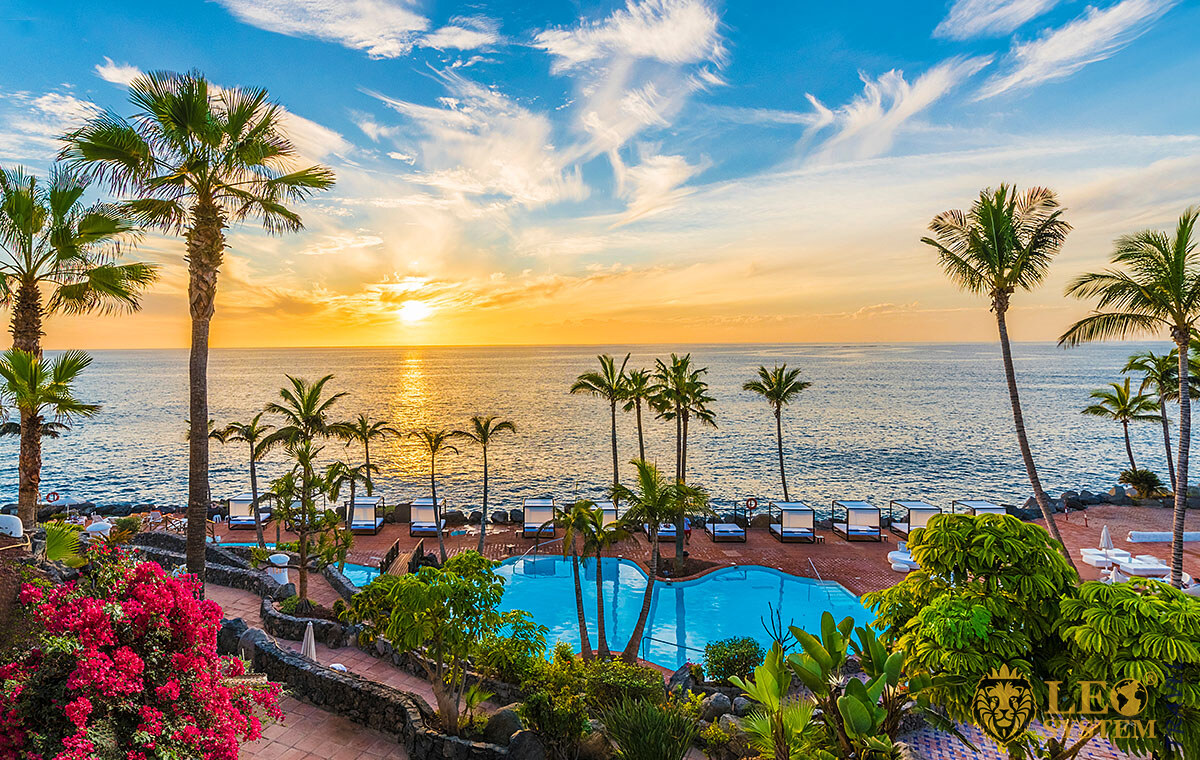 It is also not uncommon for the temperature to reach over 40 degrees Celsius. Rain is also pretty rare with the period between May and September being mostly dry. Thanks to this great weather all year round, the province is nicknamed the Island of Eternal Spring.

In this article about an amazing trip to the island of Tenerife, Spain we will also discuss the importance of religion on the isle. The overwhelming majority of people in the area Roman Catholics with the flag of the community being St. Andrew’s Cross which is why the local administration has the same flag as Scotland.

One of the biggest places of worship here is the Basilica of Candelaria which is famous for being the sanctuary of the Virgin of Candelaria. 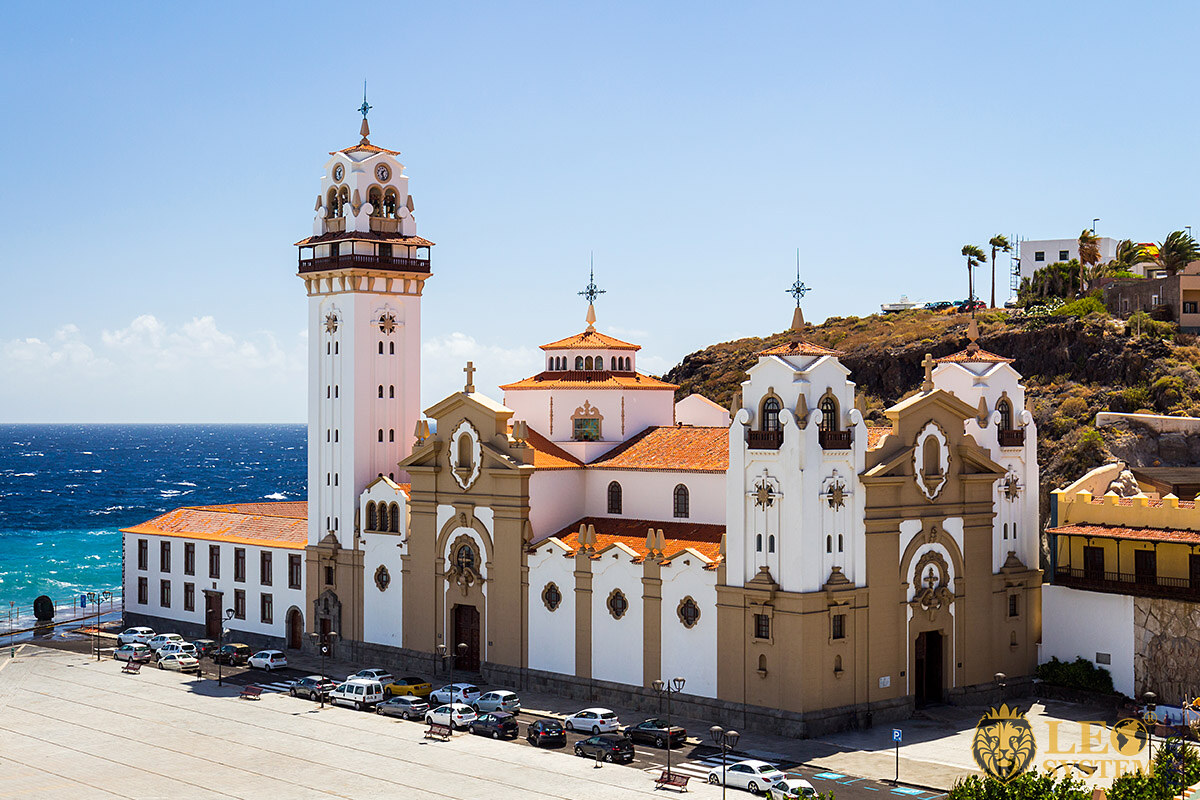 However, the province is also very multicultural and is home to Chinese religions, and also places of worship of the Baháʼí Faith which originates from modern-day Iran.

Finally, there is a growing movement of believers of the Church of the Guanche People which is made up of natives of the isle and also neighboring parts of the Canarian Archipelago. That follows the ancient beliefs of the Guanche people, who ruled the region before the Spanish arrived. Therefore, this little talked about territory is a great place to learn more about the world.

FOOD Combinations : 10 Hazardous Food Combination That You Should Never Try

Travel-site will be Launching soon

With 1,018 cases of COVID-19, Maharashtra has reported the highest number of infections,...

The long wait for the Aprilia SXR160 finally draws to a close as the Italian company...

Manya, from Uttar Pradesh, is the daughter of an autorickshaw driver. And her success...

"Tomorrow, they will be hanged. Nirbhaya and all the girls in India would get justice....