KNOW : What Happens If You Miss Second Dose Of COVID-19 Vaccine

The interval between the first and second dose for Covaxin is 28 days while for Covishield it’s between four to eight weeks. But what if you miss your second shot after this?

Ever since news broke out about shortage of COVID-19 vaccine in states, there has been reasonable concern among those who took the first dose of missing the second. The two vaccines available in India presently - Covaxin manufactured by Bharat Biotech and Covishield produced by Serum Institute of India - have different dosage intervals. While the first and second doses for Covaxin needs to be taken 28 days apart, the Indian government recommends that Covishield’s second dose be taken between four to eight weeks after the first.

However, a recent study published in the medical journal Lancet found greater efficacy for the Oxford-AstraZeneca vaccine, which is sold under the brand name of Covishield in India, when the second dose is administered after a gap of 12 weeks. But what happens if you still miss your second dose beyond this extended period?

The consequence of missing out the second dose is that you are not protected, says virologist Dr Jacob John, who formerly headed Indian Council for Medical Research’s (ICMR) Centre for Advanced Research. “It means that if you get exposed to the infection, you may get infected, get the disease, and even get it severely.”

According to an interim analysis of its phase 3 trials, Covaxin’s efficacy is 78%, with Bharat Biotech claiming that the efficacy against severe COVID-19 disease is 100%. Covishield also offers 100% protection against severe disease, hospitalisation and death. However, this is after both doses of the vaccines are administered.

“Single dose does not induce strong immunity. To be more specific, if the first dose may induce good immunity in a certain percent of people – say 30% -- for the rest of them, what it does is priming,” Dr Jacob says. 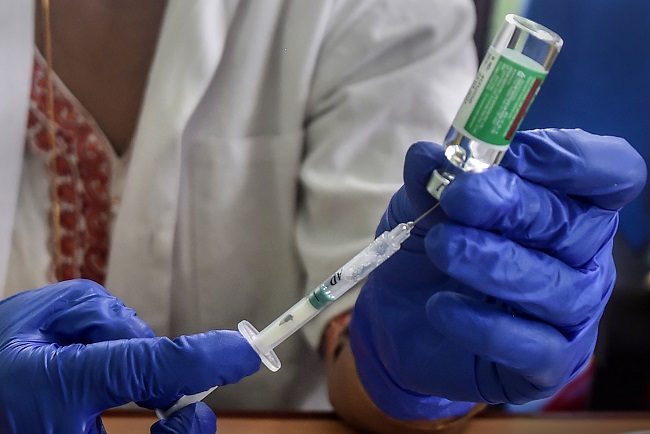 “One dose of live virus vaccine is more closely mimicking the original infection,” he says, Whereas one dose of the non-replicating vaccine is only priming the system. You need to boost it. So it’s called prime boost immunisation. So the second dose boosts the primed immune system. And now you have the maximal protection,which people have monitored in the phase 3 trial. That is achieved only with the second dose. The first dose, if you increase the potency of the dose, you may have a better dose (efficacy), but it still is a priming technique. And the partial immunity that you have will wane over time, unless boosted. So if you miss the boosting, then you remain vulnerable because you have only been primed.”

However, priming will not be “forgotten” by the immune system too soon. “There is an immunological memory that is peculiar to the immune system, like the memory in your brain. It will last about a year. So the second dose booster can be delayed up to a year, and still the protection due to the second dose will be available after boosting. This memory may last more than a year too,” Dr Jacob says, but warns that missing the second booster dose could leave you vulnerable because you have only been primed.

He advises, “We don’t want to take a chance. Technically speaking, if you have missed boosting for a year, then it is better to start the whole course again. Ignore the first dose. Get the full two courses.”

Dr Aju Mathew, epidemiologist, points out that there is no clear data currently on the efficacy following one dose of the vaccine.  “There is no data or evidence to give us actual estimates of the immunogenicity of one dose of vaccine after prolonged interval. In clinical trials, the participants got the second dose four to twelve weeks later. But we know from previous vaccine experience like for the human papillomavirus vaccine, or certain other studies, that one dose is quite immunogenic by itself and protections may last longer than without it."

He says that one can only hypothesise that the impact of a single dose of vaccine may not be as robust as a person who got a second dose. But it would still be much better than someone who is unvaccinated. “That is why it is important for all the countries of the world to cooperate and to ensure that every part of the world gets access to vaccines and encourage vaccine acceptance in societies as well. This may repeat a year later. The quicker we could vaccinate the whole world the better we would all be.”

Agreeing with Dr Aju is Dr Roshan Radhakrishnan, Kannur-based anaesthesiologist and writer. “The first dose can reduce the risk of getting a symptomatic infection by about 70% while taking the second can lower the risk to 90% or more. The studies as of now suggest that you’d still have some immunity from the first dose if your second dose is delayed. However, we’d need further studies to say this definitely,” Dr Roshan adds.

Even if the recommended time period has lapsed, it is advisable for a person to get their second dose, opines Dr KP Aravindan, who is in the expert panel of COVID-19 for the state government. “There is no need of undue concern now since it has been understood that the second dose of Covishield can be taken within eight to 12 weeks of the first. However, not getting the second dose within this period is not a harmful thing. It may affect the effectiveness a little but that is still not clear. We don’t have the data to say it clearly now,” he says.

Senior neurologist Dr Asha Kishore says that theoretically, one may need to start all over if the second dose is missed during the recommended time period, like they didn’t receive any vaccination at all. “This is theoretical. You can wait up to three months after the first [dose] without losing effect of the first (for Covishield). Important thing is to import vaccines, ramp up production locally and vaccinate on war footing. The Union government should ensure buying and distributing vaccines at no cost to all. Those who can afford will get it from private hospitals at a reasonable price even if it is made available free in government hospitals. So the truly deserving will have enough supply free through government hospitals,” she says.

(Disclaimer: This story has not been edited by Kanglatimes Staff only the title and images might have been changed and is auto-generated from a syndicated feed.)

Covid Crisis : If Anyone Obstructs Oxygen Supply, We Will Hang Him - Delhi HC

Kanika Kapoor to be interrogated by Lucknow police after...

Rising sea levels due to global warming a threat to millions...

Iranian military leader was killed by drone strike ‘to...

The airstrike directed by Mr. Trump dramatically ratcheted up tensions between Washington...

The plant was being utilized to extract morphine from opium which was further processed...

Chinese withdrawal of troops at Hot Springs, or Patrol Point 15, will be completed...

“What has driven the Naga people far away from Ravi is his deceptive manner of handling...

Reactions pouring in from around the world after killing...

In reaction to the killing, the hashtag #WorldWar3 and #WWIII quickly started trending...

LOCKDOWN 2.0 : NEW RULES AND GUIDELINES THAT WILL APPLY...

Movement (inter and intra-state, including by air) of all medical and veterinary...