As the case unfolded, the police have sent a notice to 49 people, including three featured in JNU tapes, to join the investigation. 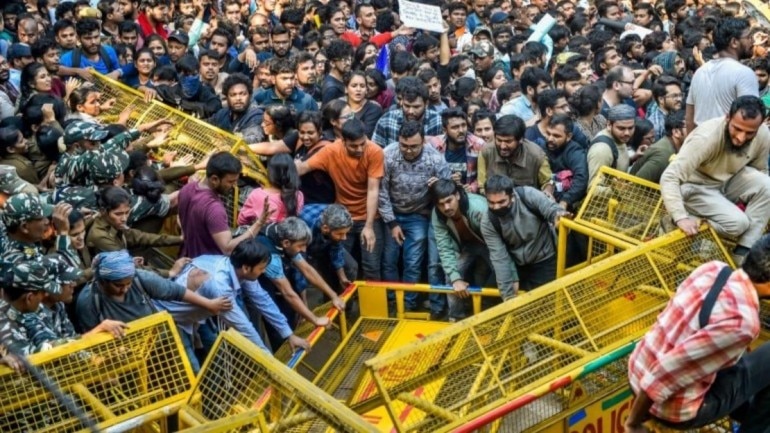 The JNU Tapes released in India Today's sting operation has unmasked three people -- Akshat Awasthi, Rohit Shah and Komal Sharma, who are affiliated to ABVP and were involved in the violence. However, ABVP has denied that they are members of the outfit.

Meanwhile, another tape showed Left/AISA activist Geeta Kumari confessing that she was involved in shutting down the university servers at the time.

As the case unfolded, the police have sent a notice to 49 people, including three featured in JNU tapes, to join the investigation.

Moreover, the Congress fact-finding team has rendered JNU Vice-Chancellor M Jagadesh Kumar as the "mastermind" behind the January 5 violence and sought his immediate dismissal and criminal investigation against him.

The JNUTA, in its meeting with the MHRD, pointed out that a very important aspect of the mob violence of 5th January was the systematic targeting of teachers, their families, residences and their vehicles. "This is in the view of the faculty especially points a finger at the connivance of the VC and the administration led by him in the violence. Teachers in such circumstances do not feel safe on the campus and fear that if the VC continues in office, we might witness in the days to come even worse than what was unleashed on 5th January," a statement read.

6:30 pm: Akshat Awasthi and Rohit Shah, who were caught on camera confessing to their roles in the JNU violence, were summoned by the police join the probe. The duo, however, did not turn up. The police will now serve notices to them to join the investigation in the JNU violence case. Their mobile phones are currently switched off. The crime branch is trying to trace Komal Sharma. Her phone is also switched off.

5:57 pm: Speaking to India Today TV, Aishe Ghosh said, "The Crime Branch came for questioning. As per the notice, I could choose a place. I chose the JNUSU office. I told them I will cooperate fully and there should be a fair probe. I have told them that some students want the Union to challenge the hostel manual. We will seek opinion on the legal options that we have. We were discussing that and we will write to MHRD about the future of registration."

"I was shown my video of Periyar hostel and was asked to explain my role on January 5. I was also asked whether I could identify any people from the Sabarmati violence gang. I asked them to change my complaint into an FIR. The cops have said they would look into it."

5:44 pm: Delhi Police on Monday called JNUSU president Aishe Ghosh, Pankaj and Waskar Vijay for questioning. Their statements have been taken after questioning. 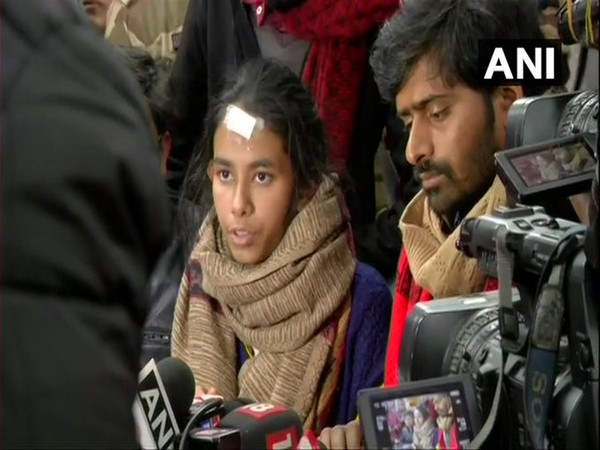 52 people are talking about this

5:03 pm: JNU teachers have told India Today TV that the students are "scared to come back to the campus". "How can we resume teaching? The last semester, no exams were taken. How can we function like this?" a teacher said.

A parliamentary panel on Monday questioned Delhi Police officials over the use of force against protesting students and suggested that it should have dealt with the students in a mature manner, sources said. The panel also questioned the Delhi police about the frequent imposition of restrictions in the national capital which it said causes trouble for the common man.

4:48 pm: After India Today TV's sting operation exposed the role of some ABVP members in the JNU violence on January 5, the Delhi Police served notices to Akshat Awasthi and Komal Sharma who have, on camera and in an audiotape, confessed to their roles in the attack. Reacting to it, ABVP's Nidhi Tripathi said the ABVP will cooperate in the investigation.

RSS-affiliated ABVP has said that the January 5 incident was a Naxal attack on the students and the teachers of the Jawaharlal Nehru University (JNU). Addressing a press conference, ABVP leader Nidhi Tripathi said the former JNUSU president, Geeta Kumari was leading the attack on the students.

The nation has watched in horror at the BJP-orchestrated assault on JNU coming so soon after what happened in Jamia, BHU, Allahabad University and AMU and other institutions of higher learning in other parts of the country. The Modi-Shah Government stands totally exposed for its inability to govern and to provide security to the people: Sonia Gandhi

3:54 pm: Kerala Congress leaders Oommen Chandy & Mullappally Ramachandran and Leader of opposition in the Kerala Assembly Ramesh Chennithala, along with others, reach Jawaharlal Nehru University (JNU). Violence had broken out at the university on January 5. 3:35 pm: Questioning with Vaskar Vijay over

3:05 pm: Another student Vaskar Vijay being questioned by Crime Branch

The students and teachers of the Jawaharlal Nehru University on Monday boycotted classes amid standoff with the administration over the fee hike issue.

The classes were supposed to begin on Monday but could not start due to the collective boycott.

The students' union had earlier said it will ensure registration by paying only the tuition fees and not the increased hostel charges but kept the decision on hold after it found that the administration had blocked the registration portal for many students. (-PTI)

A meeting will be held between the HRD ministry with a delegation of JNUTA teachers today at 3 pm.

JNU has issued advisory to two JNUTA officer bearers who have given calls for "non cooperation" to agreement with MHRD to start classes and be a part of the registration process.

The JNU administration, in its advisory, said: "It has come to our notice that two JNU Teacher's Association office bearers have announced a 'non-cooperation plan'. It goes against the efforts for restoration of normalcy in campus and reflects the intention of JNUTA to disrupt normal functioning of University."

The Jawaharlal Nehru University (JNU) administration on Monday issued an advisory to teachers to resume their classes in the interest of students.

A large number of heavy-skinned handsets from Xiaomi (MIUI) and OPPO (ColorOS) are...

While Assam, which was the epicentre of the protests over the past few days, was...

New Delhi may not approve ILP Regime in Meghalaya

Ahmed said the Pakistan Army was far inferior to India’s in conventional weaponry,...

On July 24, Leichombam had posted a picture of Leishemba and Union Home Minister...