In a massive breaking on Thursday, 6 days after gangster Vikas Dubey and his associates fired on UP Police killing 8 and injuring 6, the gangster has been nabbed in Ujjain, Madhya Pradesh. 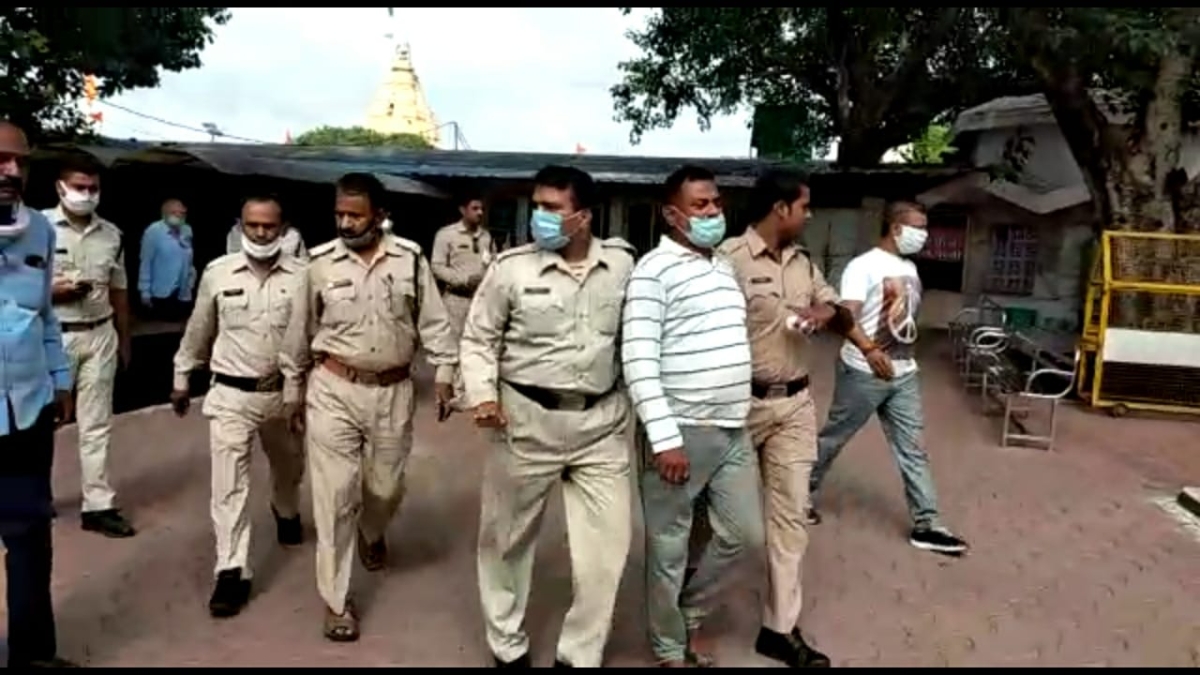 Sources added that he was spotted at Ujjain's Mahakal, when the Police recognised and arrested him. However, final confirmation is awaited. He is currently in custody

A police team was approaching to arrest Vikas Dubey, a history-sheeter facing 60 criminal cases in Dikru village under Chaubeypur Police station on the intervening night of July 2. However, as it was about to reach Dubey's hideout, bullets were fired from the rooftop of a building. This resulted in the death of Deputy Superintendent of Police Devendra Mishra, three sub-inspectors, and 4 constables. Several other persons were injured in the incident as well. While two criminals were killed in the encounter, Vikas Dubey and his other associates managed to flee from the spot.

So far, 4 policemen have been suspended over allegations of leaking information to gangster Vikas Dubey. An alert has been sounded for Dubey's arrest in all 75 districts of Uttar Pradesh. The reward amount for Dubey's arrest has been increased by the police to Rs.2.5 lakh. On July 7, a report was also been sent to the Ministry of Home Affairs on the incident.

CM Chouhan congratulated Ujjain Police and said that those who think that Mahakaal will wash off their sins do not know Mahakaal at all. He asserted that Madhya Pradesh government will not spare criminals at all.

Madhya Pradesh Home Minister Narottam Mishra also confirmed Dubey's arrest and said that the state police was on high alert since Kanpur shootout and this helped in nabbing the dreaded gangster in Ujjain.

Many Died in a Stampede At Funeral Of Iran General Qassem...

Tuesday's funeral comes after days of processions through the streets of Ahvaz in...

As per Ministry figures, the highest number of cases are from Maharashtra, Kerala...

US President Donald Trump plans to visit India in February

This would be the first time Trump visits India as the US President. There has been...

The RBI allowed all lending institutions to offer a moratorium to borrowers on repayment...