Death Toll Touches 9 as Number of Positive Cases in India Rises to 468. The country locked down several cities/towns on Monday with the Centre warning of legal action against those violating the restrictions enforced to curtail the pandemic, which has claimed more than 14,500 lives globally.

An emergency State Cabinet meeting was called in Manipur to combat the Coronavirus COVID-19 today and resolved to lockdown the State till 31st March exempting some essential services . Further resolved that free Ration for one month will be provided to all the NFSA card holders (around 24 lacs people). One month salary of the Cabinet Ministers along with CM will be donated in the CM's COVID-19 Relief Fund. Two separate buildings, one each at RIMS and JNIMS will be reserved for any eventuality. One Central Control Room will be opened in the CMO to monitor 24/7. 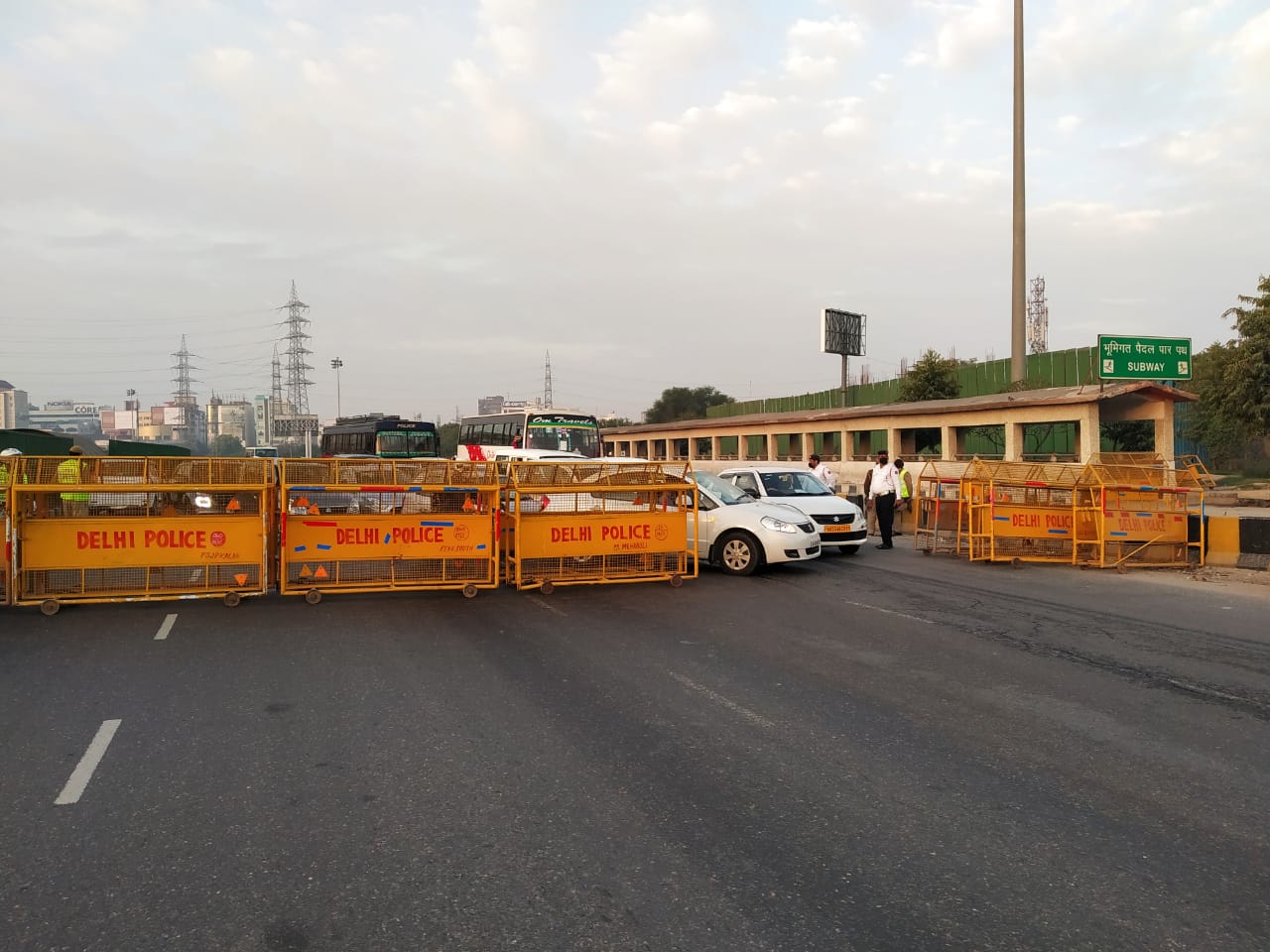 The Delhi Police today said they will seal all thee inter-state borders to prevent the movement of people from neighbouring states in order to curb the spread of coronavirus. "To ensure the proper implementation of Section 144 in Delhi, inter-state borders shall be completely sealed by police, except for the movement of essential goods and commodities," said Delhi Police PRO MS Randhawa. "For movement of persons involved in essential goods and services, the concerned Delhi-based organisations have to get curfew passes from their respective district police headquarters."

The government today said it will pay wages to its contractual labourers who have been forced to stay at home due to the coronavirus pandemic. "Due to social distancing and isolation measures to contain spread of COVID19, there is a likelihood of number of contractual labour and outsourced staff working for government of India being unable to attend work, resulting in deduction in wages, thus causing hardship to them," said the Ministry of Finance in a statement. "The ministry has issued orders to declare this period as 'on duty' and wages paid accordingly."

Maharashtra Chief Minister Uddhav Thackeray today announced a total lockdown, saying all state borders and district borders will be sealed. "We are at a decisive turning point of this infection spread. The days ahead are crucial. Many warriors fighting out there in the open to prevent the spread of infection," he said. "Inter-state commutation will be stopped now. Vehicles, buses and other public transport won’t run." Meanwhile, Assam also announced a lockdown from 6pm on March 24 to March 31, said minister Himanta Biswa Sarma.

The operations of all domestic schedule commercial airlines will stop operations from 23.59pm on March 24, a government notification said on Monday. "Airlines have to plan operations so as to land at their destination before 11.59 pm hours on 24/3/2020. The restrictions shall not apply to solely cargo carrying flights," it said.

West Bengal today reported its first coronavirus death after a 55-year old patient from Dum Dum in North Kolkata, who was undergoing treatment at a private hospital, suffered a cardiac arrest and died at around 3.35pm. The patient was on ventilation support and suffered multiple organ failure. Meanwhile, Tamil Nadu became the 15th and latest state to go under lockdown as the number of coronavirus cases in the country touched 415. Both Houses of Parliament, meanwhile, will be adjourned sine die today after passage of the Finance Bill, sources said. The session was earlier scheduled to conclude on April 3. The session is likely to be concluded almost 12 days ahead of schedule due to the looming threat of COVID-19.

COVID cases in India rose to 415, Union health ministry said as much of the country locked down on Monday with the Centre warning of legal action against those violating the restrictions enforced to curtail the pandemic, which has claimed more than 14,500 lives globally.

Punjab on Monday became the first in the country to impose curfew in the entire state with no relaxations and only exempted essential services to prevent the infection, which has killed seven people in the country so far.

Prime Minister Narendra Modi also asked state governments to ensure that rules and regulations of the coronavirus lockdown are enforced as he noted that many people are not taking the measure seriously.

"Many people are still not taking the lockdown seriously. Please save yourself, save your family, follow the instructions seriously. I request state governments to ensure rules and laws are followed," he said in a tweet in Hindi.

Faced with unprecedented situation arising out of the coronavirus breakout, the Centre and state governments have decided to take extraordinary measures and impose restrictions.

Delhi, Jharkhand, and Nagaland declared a statewide lockdown while similar curbs were announced in a number of districts in Bihar, Haryana, Uttar Pradesh and West Bengal. Several states, including Maharashtra, Kerala, Rajasthan and Uttarakhand, had earlier imposed a partial or complete lockdown.

Those living in 80 districts across the country, including in the national capital Mumbai, Bangalore and Chennai have been placed under travel and movement restrictions with authorities suspending all passenger train and inter-state bus services till March 31.

The Centre has issued directions to state governments, asking them to take legal action against those who are found violating the lockdown orders.

"States have been asked to strictly enforce the lockdown in the areas where it has been announced. Legal action will be taken against violators," tweeted the Press Information Bureau, government's communication wing.

The country registered 55 fresh cases from different parts, taking the tally to 415 which includes 41 foreign nationals and seven deaths. Gujarat, Bihar and Maharashtra reported a death each on Sunday.

Four fatalities were reported earlier from Karnataka, Delhi, Maharashtra and Punjab, the ministry said, adding the total numbers also includes 24 people who have been cured, discharged or migrated.

The Indian Council of Medical Research (ICMR) said 18,383 samples have been tested till 10 am on Monday.

The total number of positive novel coronavirus cases includes 67 in Maharashtra, including three foreigners, and Kerala also at 67, with seven foreign nationals, data issued by the ministry showed.

Meanwhile, the Supreme Court directed all states and UTs to set up high-level committees to determine class of prisoners who could be released on parole, in a bid to decongest prisons to prevent the spread of coronavirus.

It also said prisoners convicted of or charged with offences having jail term up to 7 years can be given parole. The court also ordered that a high-level committee should work in consultation with State Legal Service Authority for release of prisoners.

BJP may soon announce “something big” in Assam

A video of the incident in which two students from northeast can be seen being stopped...

The woman is the mother of seven children, besides being a grandmother to seven...

The massive rally was led by Chief Minister Sarbananda Sonowal and State Minister...