Wuhan, the capital city of Hubei province at the center of the virus outbreak, is on effective lockdown and countries have begun repatriating their citizens trapped there.

The number of confirmed cases of the Wuhan coronavirus has overtaken the 2003 SARS outbreak inside of mainland China, as the virus was confirmed to have spread to every province and region in the country. As of Wednesday, there were 5,974 confirmed cases of the virus in mainland China, including 132 deaths, according to China's National Health Commission (NHC). The number of cases grew by almost 1,500 from Tuesday, a more than 30% increase. The figures do not include Hong Kong and Macau, both of which have reported a small number of cases.

There were 5,327 confirmed cases of SARS in mainland China during the 2003 outbreak, with 349 deaths. Experts have previously estimated the Wuhan virus figures could still be vastly under-reported, making the novel coronavirus far more contagious, but also less deadly, than SARS. 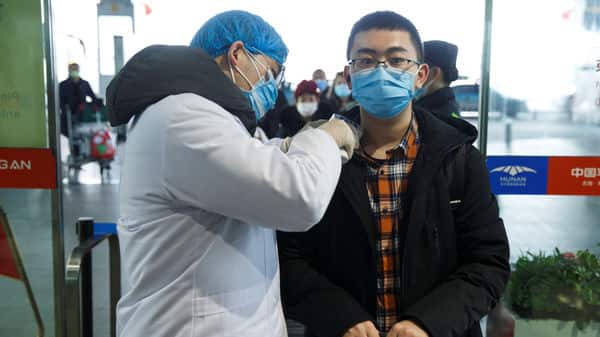 Wuhan's Communist Party chief Ma Guoqiang said Tuesday that testing had been streamlined in recent days, leading to a spike in diagnoses. "This does not mean the speed of the disease spreading has increased drastically," he added.

Authorities in China also reported the first case of the Wuhan virus in Tibet, previously the only region to have avoided the virus. The spread to Tibet despite the implementation of strict checks on travelers and closing of tourist sites will renew concerns about how easily the virus is transmitted, particularly when people are asymptomatic. 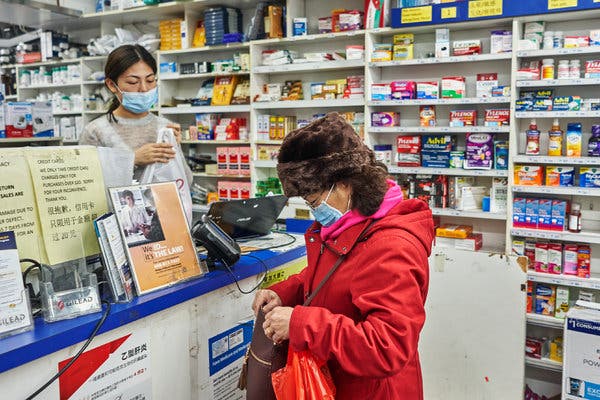 The semi-autonomous city of Hong Kong, which has reported eight cases of the virus, announced Tuesday it was closing many of its border crossings with mainland China, slashing the number of tourist visas it issues to mainland Chinese visitors, and halving the number of inbound flights from the mainland.

Hong Kong has also instructed government employees to work from home for the rest of the week, and requested private companies do the same. The streets and public transport were noticeably quiet on Wednesday morning, the first day back from the Lunar New Year holiday.

Chinese President Xi Jinping on Tuesday vowed to do everything to tackle the "demon" epidemic.

Speaking during a meeting with World Health Organization (WHO) director general Tedros Adhanom in Beijing, Xi said the Chinese people "are engaging in a serious battle against the outbreak of the new coronavirus."

"People's lives and health are always the first priority for the Chinese government, and the prevention and control of the epidemic is the most important task at present, so I have been directing and deploying the works myself," Xi added. "I believe as long as we can strengthen our confidence, stand together, scientifically prevent and control the epidemic and adopt precise measures, we will definitely defeat this epidemic."

Wuhan, the capital city of Hubei province at the center of the virus outbreak, is on effective lockdown and countries have begun repatriating their citizens trapped there.

Around 450 more Japanese citizens have not yet departed. Japanese citizens who live close to the Huanan Seafood Market -- pinpointed by Chinese authorities as the likely source of the virus -- and highly-populated areas in Wuhan were given priority on the first flight. A plane carrying approximately 210 US citizens -- mostly diplomats and their families -- has also left Wuhan, according to a State Department spokesperson, bound for Riverside, California via Alaska. More Americans remain in the city, hoping to be evacuated at a later date.

The plane had originally been destined for California's Ontario International Airport, but officials said late Tuesday that it would instead land at a military base near Riverside. No reason was immediately given for the change in itinerary.

As of early Wednesday morning, the plane had landed in Anchorage, Alaska, where it will refuel before heading on to the US west coast. The Alaska Department of Health and Social Services said passengers will undergo health screenings there to ensure they are not experiencing coronavirus symptoms before traveling onward.

After landing in the US, passengers will be placed in isolation for between three days and two weeks, a California official told CNN earlier. Doctors have previously recommended a two-week quarantine for people exposed to the virus.

South Korea and New Zealand are chartering flights to bring their citizens home. More controversially, Australia said it will charter a flight to fetch citizens, but they will be transported to quarantine on Christmas Island, site of a former offshore detention camp for migrants.

The first cases of the coronavirus were detected in Wuhan in mid-December. Since then, the number of confirmed cases has increased exponentially, and infections have been reported worldwide.

Hospitals in Wuhan are already massively overstretched, and hundreds of emergency medical personnel have been dispatched to the city to help. Two new hospitals dedicated to treating the virus are also being built on the city's outskirts, due to be operational by next week.

Authorities in the city said that as of January 27 there were still more than 4,000 Wuhan residents overseas. The Wuhan culture and tourism bureau said that all tour groups were canceled after the lockdown was announced, but groups that left prior to that date were still slowly returning to the city.

More than a dozen countries have confirmed cases of the Wuhan virus, as authorities struggle to stop its spread.

Across Asia, many countries have put in extra screening at airports and warned citizens to avoid travel to China. To China's north, neighboring Mongolia has imposed stringent border checks on travelers coming into the country. Indonesia and the Philippines have both introduced extra restrictions on Chinese tourists, while Japan has upgraded its response, allowing authorities to "force the suspicious cases for hospitalization and testing."

Around a hundred cases have been reported worldwide, with the most, 14, detected in Thailand, a popular destination for Chinese travelers. Countries with colder climates are more at risk for future spread, as coronaviruses thrive in cold environments and do not transmit as well in sunny, hot locales.

While most cases reported outside of China have a direct link to Wuhan, there are indications the virus is beginning to spread within other countries. Three new cases were reported in Germany on Tuesday, including what is believed to be the first human-to-human transmission in Europe.

Multiple countries have advised citizens not to visit China due to the ongoing outbreak. On Tuesday, the US Centers for Disease Control (CDC) issued a level 3 alert advising against all "nonessential travel" -- its highest alert on a scale of 1 to 3. However, the White House denied reports suggesting it was planning to suspend all flights between the US and China.

Cases will continue to spread 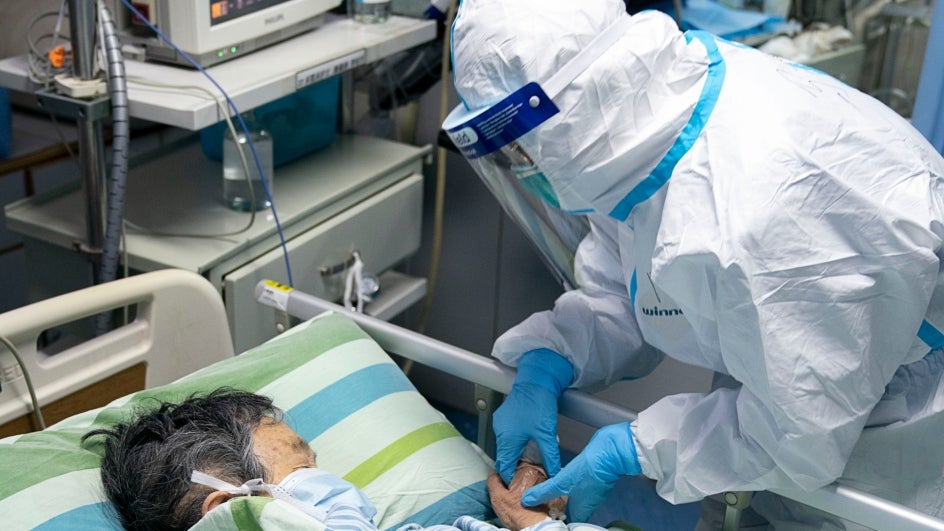 With much of China seeing the type of cold weather ideal for the coronavirus, and uncertainty remaining on just how contagious it is, experts expect the number of cases to continue to rise for several weeks.

Speaking to state media Tuesday, Zhong Nanshan, one of China's leading respiratory experts and a hero of the 2003 fight against SARS, said he expected the peak to come in up to 10 days.

"It is very difficult to definitely estimate when the outbreak reaches its peak. But I think in one week or about 10 days, it will reach the climax and then there will be no large-scale increases," Zhong said.

However, other experts have warned that while the outbreak in Hubei may peak in the coming weeks, other Chinese megacities may see self-sustaining epidemics that continue to spread the pathogen around the country and worldwide.

"We modeled epidemic curves out to August 2020 for all the major city clusters: Chongqing, Shanghai-Guangzhou, Shenzhen and Beijing. Chongqing is predicted to have the largest epidemic due to large population and most intense traffic volume coupled to Wuhan," Gabriel Leung, a leading Hong Kong researcher and public health expert, said earlier this week.

He said outbreaks in China's largest cities could peak in April or May and gradually slow in June and July.

A laboratory in Australia became the first outside of China to grow the Wuhan coronavirus from a patient sample, it announced Wednesday. Doing so will "provide expert international laboratories with crucial information to help combat the virus," the scientists said.

During a news conference on Wednesday, Mike Catton, director of the Victorian Infectious Diseases Reference Laboratory said "we are proud to have grown the virus in such a short space of time" and added they will "share this with international colleagues" to help with the developments of vaccines and medicines.

Catton added that this successful growth will "help us understand the epidemiology of the outbreak."

China's state-run media The Global Times reported that ByteDance could lose up to...

Myanmar has examined as many as 45 suspected cases, but none has tested positive...

Are your hungry and yet not able to manage time to go out to have some delicious...

India Today's JNU Tapes Part 2 has found that the woman is Komal Sharma, an ABVP...

China has widened its travel restrictions in Hubei province - the centre of the...

The Indian Council of Medical Research on Wednesday said that a total of 2,74,599...