A senior doctor at the AIIMS Trauma Centre had said a part of the arrow had gone through Gohain's shoulder bone.

Shivangini Gohain, a 12-yr-old archer from Assam, suffered a freak accident during a regular training session at Chabua in Upper Assam's Dibrugarh district.

She was airlifted to Delhi and admitted to the AIIMS Trauma Centre on Thursday after an arrow accidentally pierced through her shoulder during a practice session.

Gohain, a trainee at the Sports Authority of India (SAI), was, however, not part of the Khelo India Games, scheduled to begin here on Friday. 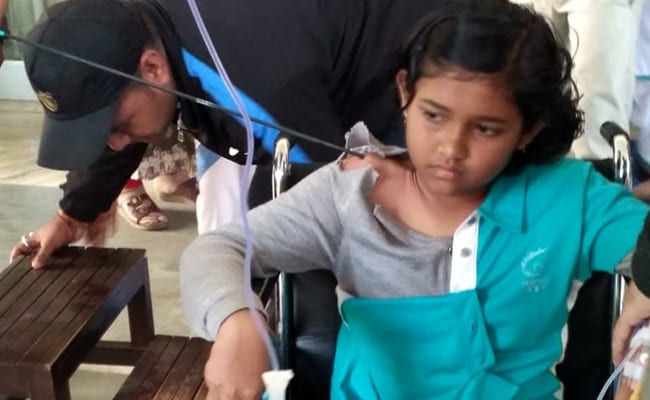 "The archer who met with an accident in Dibrugarh has been airlifted to Delhi. SAI is bearing all the expenses of her treatment, including air travel. A senior SAI official has been told to ensure that she gets the best treatment," a SAI official had said on Thursday night.

A senior doctor at the AIIMS Trauma Centre had said a part of the arrow had gone through Gohain's shoulder bone.

"She was admitted to the hospital at around 8 pm. Doctors are examining her and she is undergoing investigations. A decision on the course of treatment to be provided to her or performing surgery will be taken soon," he said, adding that the archer was "conscious and stable".

On Friday morning she was shifted to ICU after having a successful procedure.

Udit Narayan wants Neha Kakkar to be Aditya Narayan's Daughter-In-Law. But what.....

Pro-CAA march in Bhopal to counter Congress rally against...

A 70-year-old man, who had returned from Germany via Italy to Delhi, passed away...

Restrictions will no longer be imposed on inter and intra-state movement of persons...