8 tourists from Kerala, including 4 kids, found dead in Nepal Resort

They were traveling from Pokhara to take a flight back to India and had made a pitstop at a hotel in Daman in Nepal’s Makwanpur district, where they had turned on the gas heater for the night, to keep themselves warm.

A holiday turned tragic for eight Indian tourists who were found unconscious in a hotel room in Daman, Nepal. They were airlifted to a Kathmandu hospital on Tuesday and declared dead on arrival. They are believed to have died because of asphyxiation due to a gas heater.

A group of 15 people who hailed from Thiruvananthapuram in Kerala had travelled to Nepal on holiday. They were traveling from Pokhara to take a flight back to India and had made a pitstop at a hotel in Daman in Nepal’s Makwanpur district, where they had turned on the gas heater for the night, to keep themselves warm. The area is at an altitude of nearly 2500 metres above sea level.

The manager of the resort told Himalayan Times that the guests had booked four rooms but eight of them stayed in a room, while the remaining others in other rooms.

Praveen Krishnan Nair (39) and his wife Saranya (34) died along with their three kids, Sreebhadra (9), Aarcha (8) and Abhi Nair (7). While Praveen who hails from Thiruvananthapuram was working in Dubai, his wife was studying for his Masters degree in Kochi.

Praveen's friend Renjith Kumar TB (39) who hails from Kozhikode, his wife Indu Renjith (34) and their son Vaishnav Renjith (2) were also sleeping in the same room, according to a press release issued by the District Police Office, Makwanpur. All three of them too died. The couple had two children, their son Madhav was reportedly was sleeping in a different room and his life was spared. 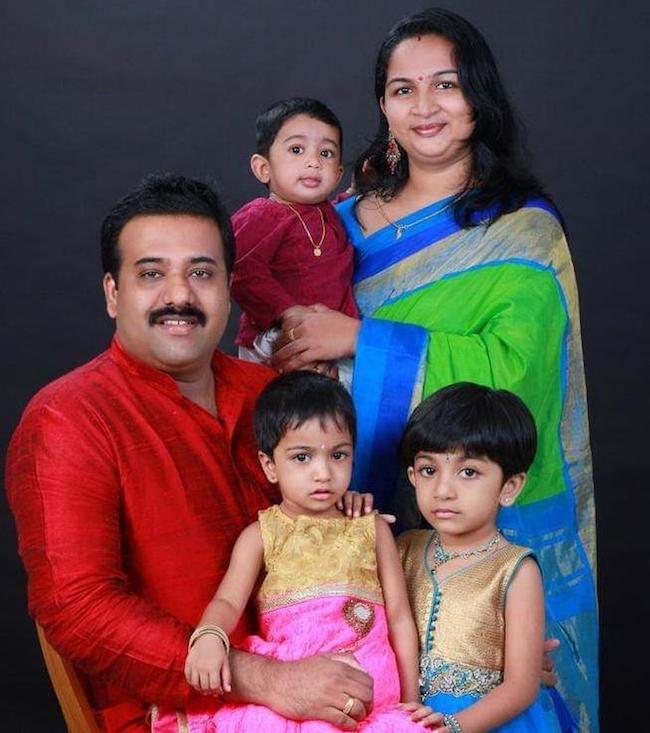 Praveen, Sharanya and their family. All five of them died

The deceased persons were found unconscious inside a locked suite inside the Everest Panorama Resort in Daman. According to the hotel manager, the room in which they were found unconscious was bolted from inside. The local police were alerted after the rest of the group staying in another room went to check on them. They were immediately airlifted to Kathmandu following this. A picture of the room shows an outdoor heater that was used in the room. There have been many cases in the past where people have died because of carbon monoxide poisoning. When a heater is used in an enclosed space, a gas leak can cause a carbon monoxide build up in the room, leading to poisoning.

“Prima facie we believe that the deaths of the 8 persons was caused by carbon monoxide poisoning or suffocation by carbon monoxide. The room was found to be poorly ventilated with the doors and windows closed and the heater turned on. There were also 8 people inside the room. Asphyxiation deaths have happened earlier too in hotels in Kathmandu. Two years ago, two Chinese nationals died due to asphyxiation in a Kathmandu hotel and 10 years we have had a case of an Italian couple passing away in similar circumstances,” Dr Harihar Wosti, senior pathologist at the forensic department of Teaching Hospital told TNM.

The doctors are currently waiting for details from the police regarding the time of death and other documents from the Indian Embassy in order to go ahead with the autopsy.

“We will most probably be performing the autopsy on Wednesday morning and will prepare a report after analysing the medical history, circumstances and the condition of the bodies of the deceased,” he added. 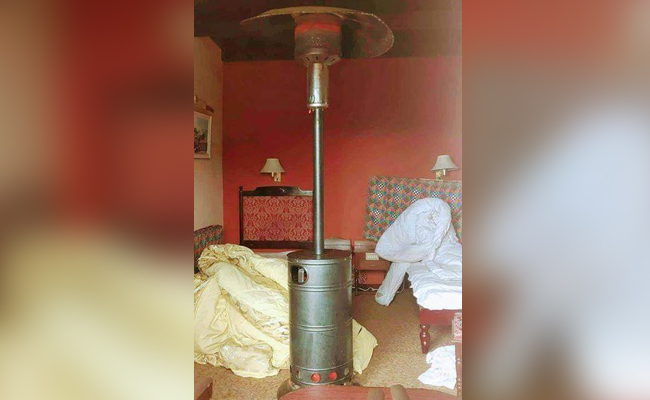 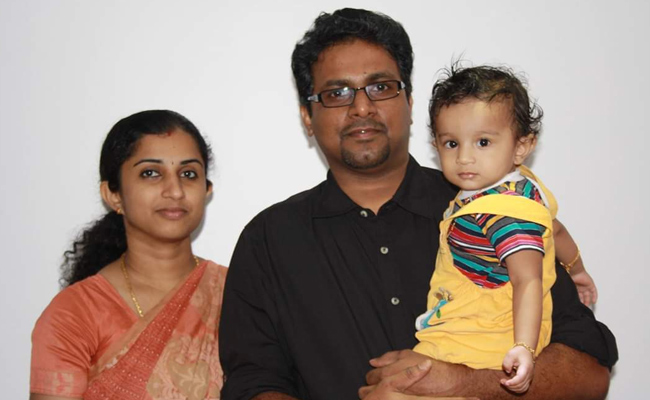 Ranjith and Indu with Madhav

They were airlifted in two sorties to HAMS hospital in Dhumbahari, Kathmandu, where they were declared brought dead on Tuesday morning.

Meanwhile, the Indian Embassy issued a statement on the deaths. "Our doctor, along with a member of the group, is in the hospital. Other group members and family from India/Dubai are on their way to Kathmandu. Contact details of Mission officials have been shared with family/friends," it said.

Kerala Chief Minister Pinarayi Vijayan has sought the intervention of External Affairs minister S Jaishanakar to render all assistance to the families of the eight keralite tourists who died at a resort in Nepal.

Total shutdown of all universities, colleges in Northeast on January 22

CORONAVIRUS IMPACT : Will lockdown be lifted after April...

The list of top-selling scooters for each month has remained more or less identical...

"Tomorrow, they will be hanged. Nirbhaya and all the girls in India would get justice....

Yamaha has entered the 125cc scooter segment with the new Fascino, and here’s how...

Canada embassy issued a travel advisory on Saturday for its citizens requesting...