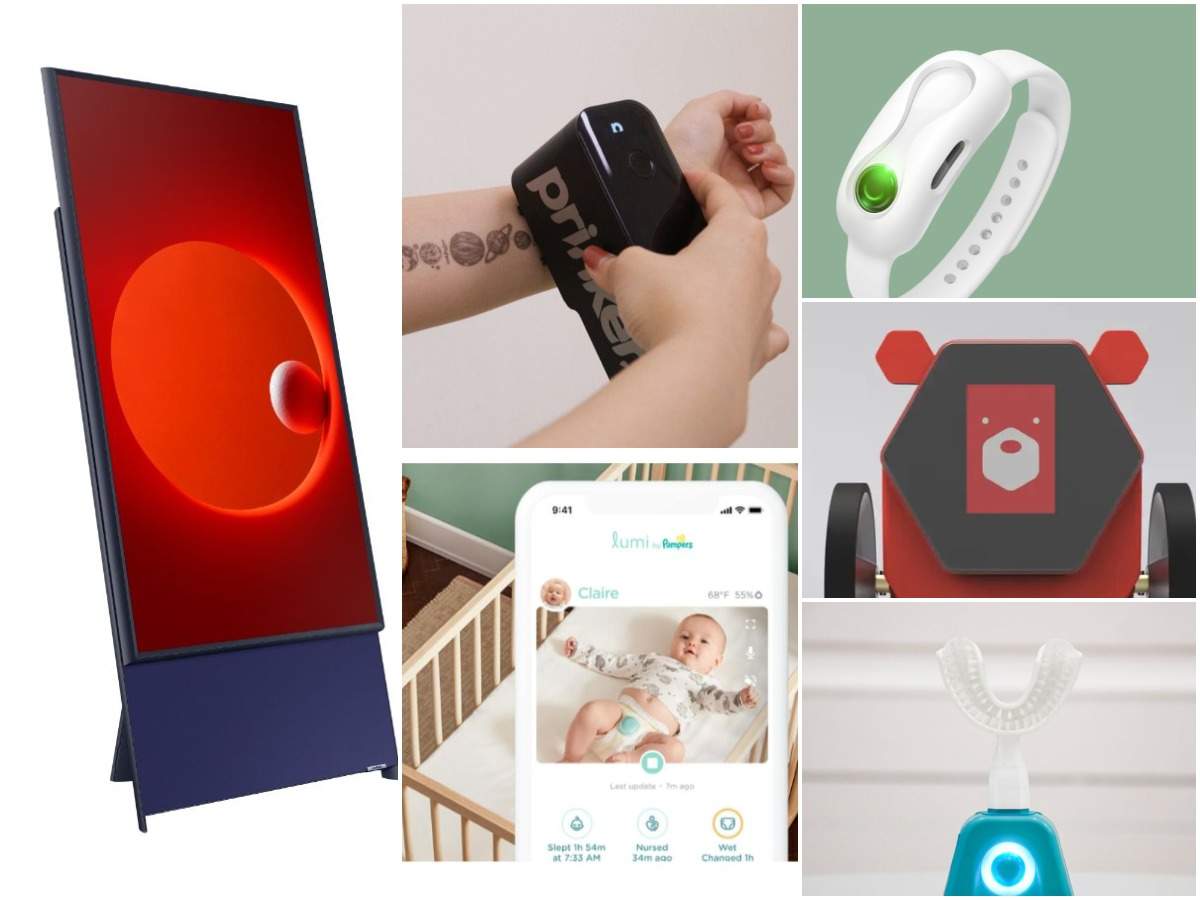 13 most innovative gadgets expected to come in 2020

Like always, this year also the Consumer Electronics Show saw some really interesting gadgets and innovative products. The list includes ‘weird’ TVs, robots and some really helpful tools. The list is pretty long but we have handpicked some really interesting, offbeat and bizarre gadgets which may interest you and may also come to the market later this year. So, here the list of 13 most innovative gadgets which are set to catch the fancy of consumers in 2020: 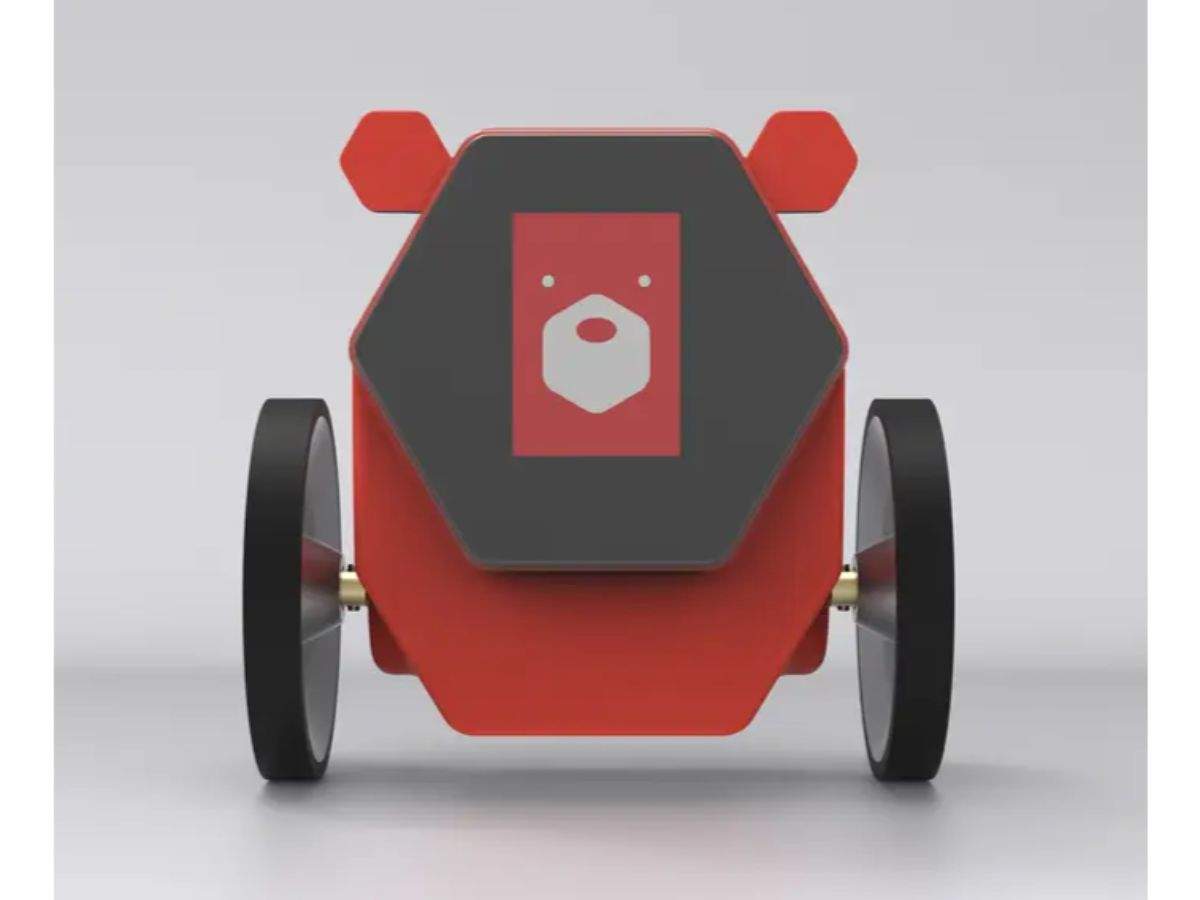 Have you ever thought what would you do if you ran out of toilet paper while sitting in the loo? Surely, it sounds a bit nightmarish. But worry not as here comes a robotic solution for you. A company called Charmin has come up with a pooptime robot. Yes, you read it right. Called the Charmin Rollbot, it is a self-balancing robot which connects with your phone and delivers fresh toilet roll directly to you in the loo. 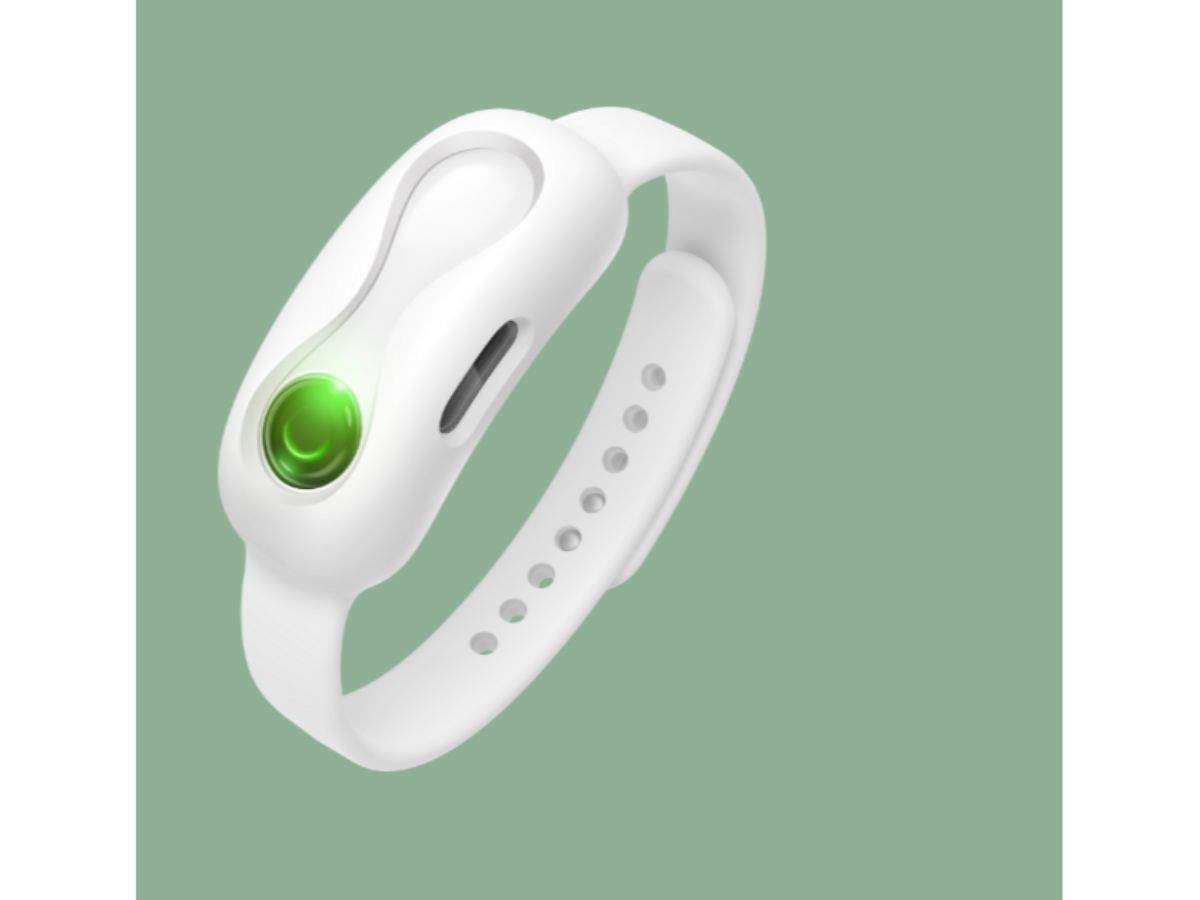 DnaNudge: wearable that tells you what you should and shouldn't eat based on a DNA

Another interesting gadget which made its way to CES this year is a DNA Band. Called as DnaNudge, the device aims to offer a simpler way to make healthy choices when you go out shopping for food based on your own DNA. There is an app which links with the band and it then scans the CPG on the products and offers real time feedback to the user explaining whether it's good for them to eat or not on the basis of their DNA. 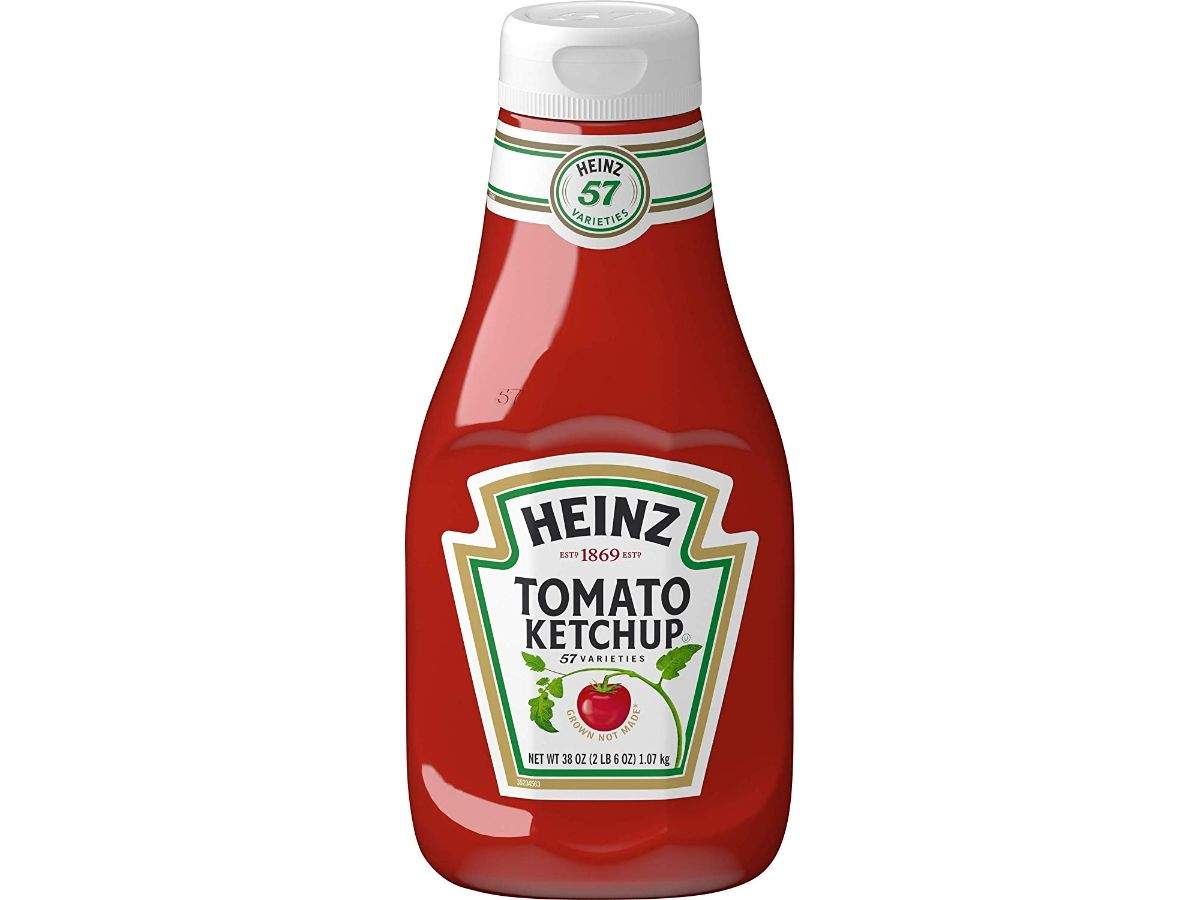 Sauce slider: Move a dollop of ketchup from one plate to another

Have you ever considered moving a dollop of ketchup from one plate to another without creating a mess? Sounds a bit difficult, well no more. This year at CES we saw a device which just does the same. Called as Sauce Slider, the device moves the dollop of ketchup from one place to another without even messing its shape. The entire task gets completed within seconds without making the table or plate dirty. 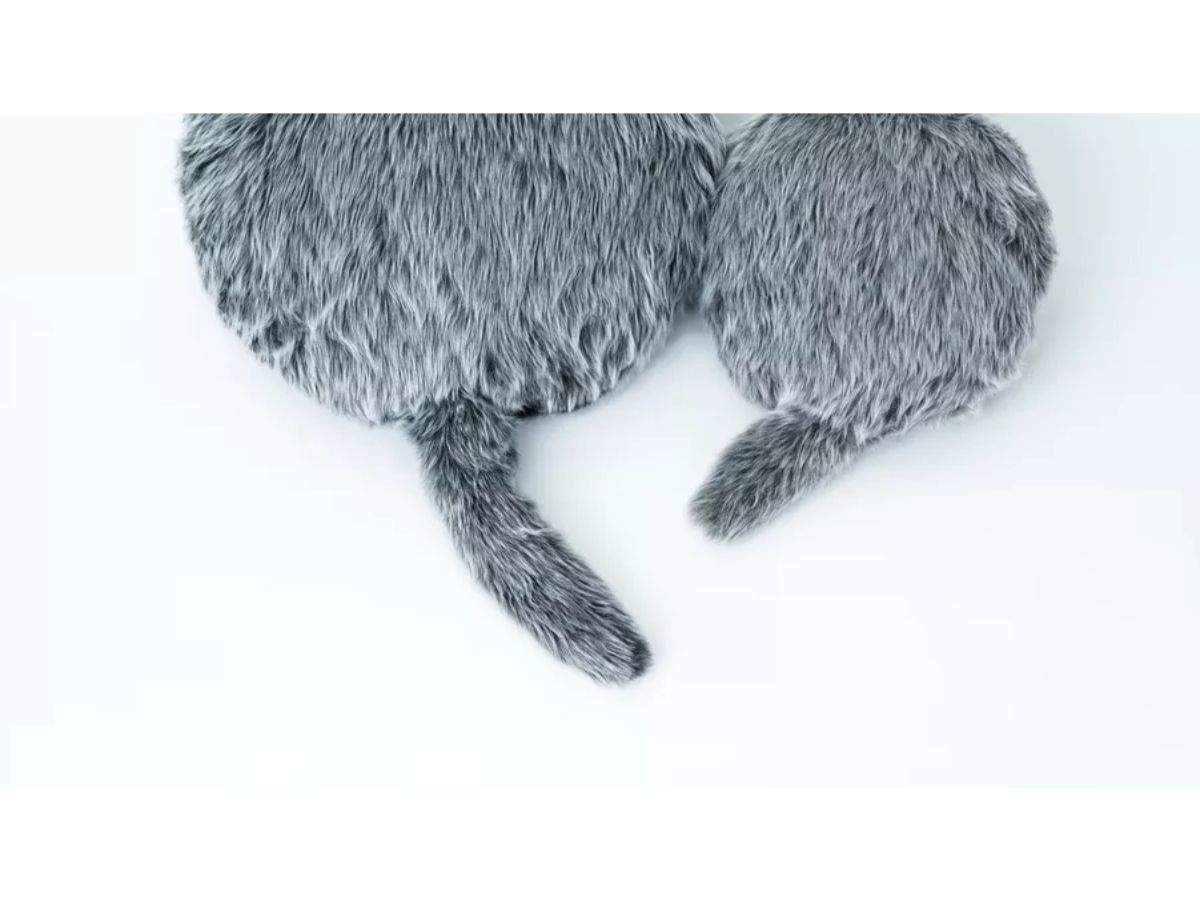 Petit Qoobo is a small kitten shaped robot but without a head. The headless robot is designed for seniors in nursing homes or for people who want to own a pet but can't do so because of pet allergies. The robot vibrates softly and mimics the purring and wagging of tail on reaction to the user's touch. Also, it is small enough to fit in a purse. The device is expected to be released later this year. 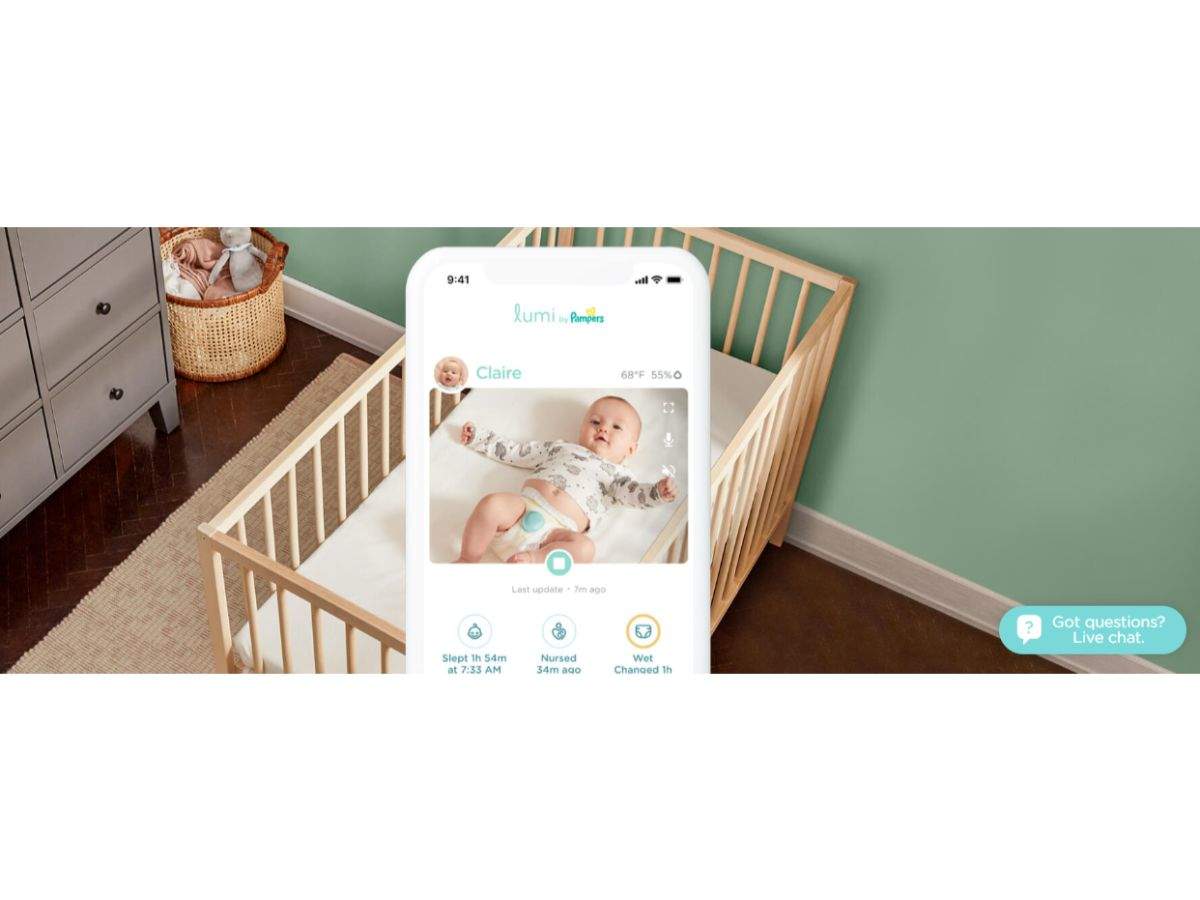 Lumi by Pampers : A sensor that attaches to an infant’s diaper

Lumi by Pampers, is the world’s first all-in-one connected baby care system. Lumi uniquely combines a smart HD video monitor with an activity sensor and brings the information together in an easy-to-use app, so parents have a real-time holistic view of their baby’s sleep, feeding and diapering patterns. It is a smart sensor which connects to the baby's diaper and works in conjunction with a smart camera and delivers all the information to the parents smartphone. 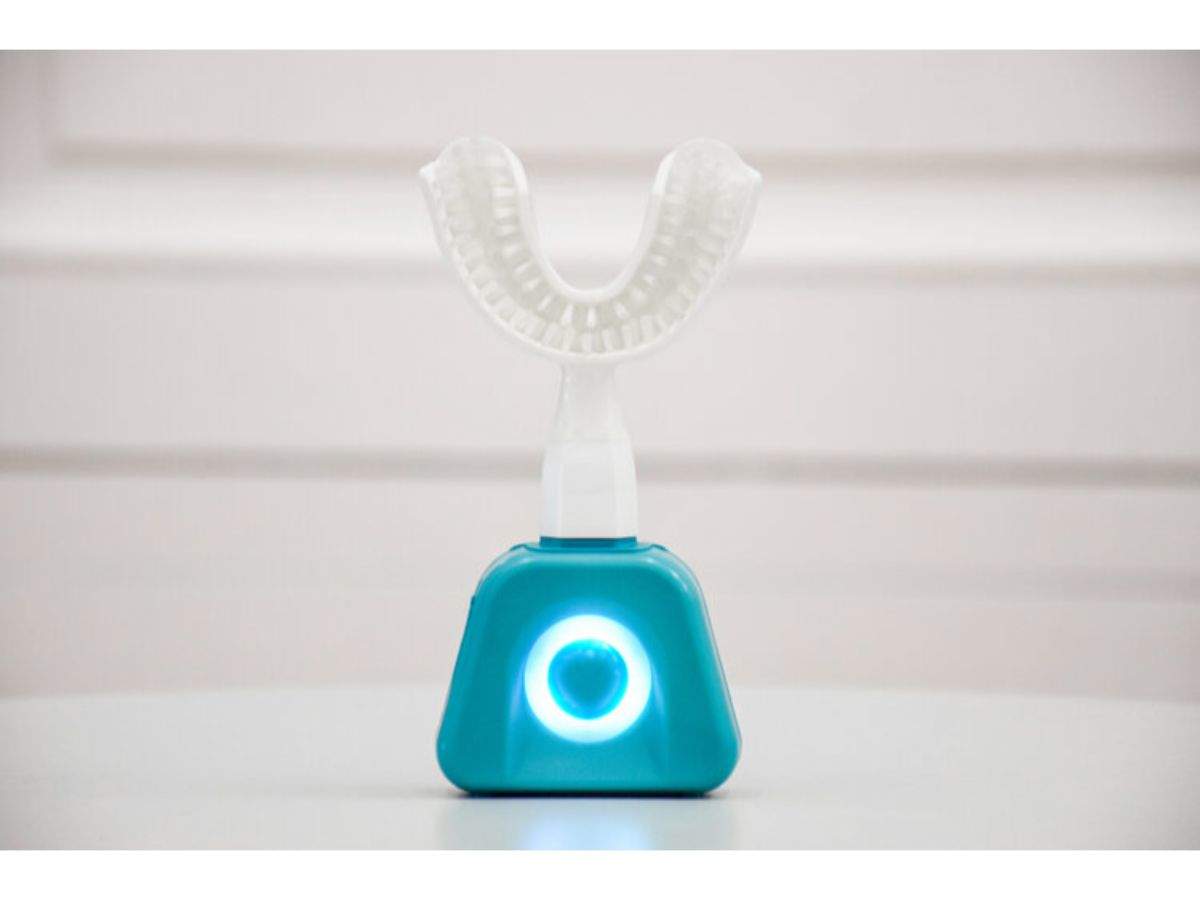 The strange looking toothbrush promises to clean and brush your entire mouth in just 10 seconds. As the name suggests the toothbrush is shaped as letter 'Y'. It consists of a mouthguard which is lined with nylon bristles. You just have to place the mouthguard in your mouth and turn on the motor. After five seconds the motor will stop and you have to repeat the same process with the other side. So, in just 10 seconds your entire mouth is completely clean. The company has priced theY-Brush at $125 and will be available in the market soon. 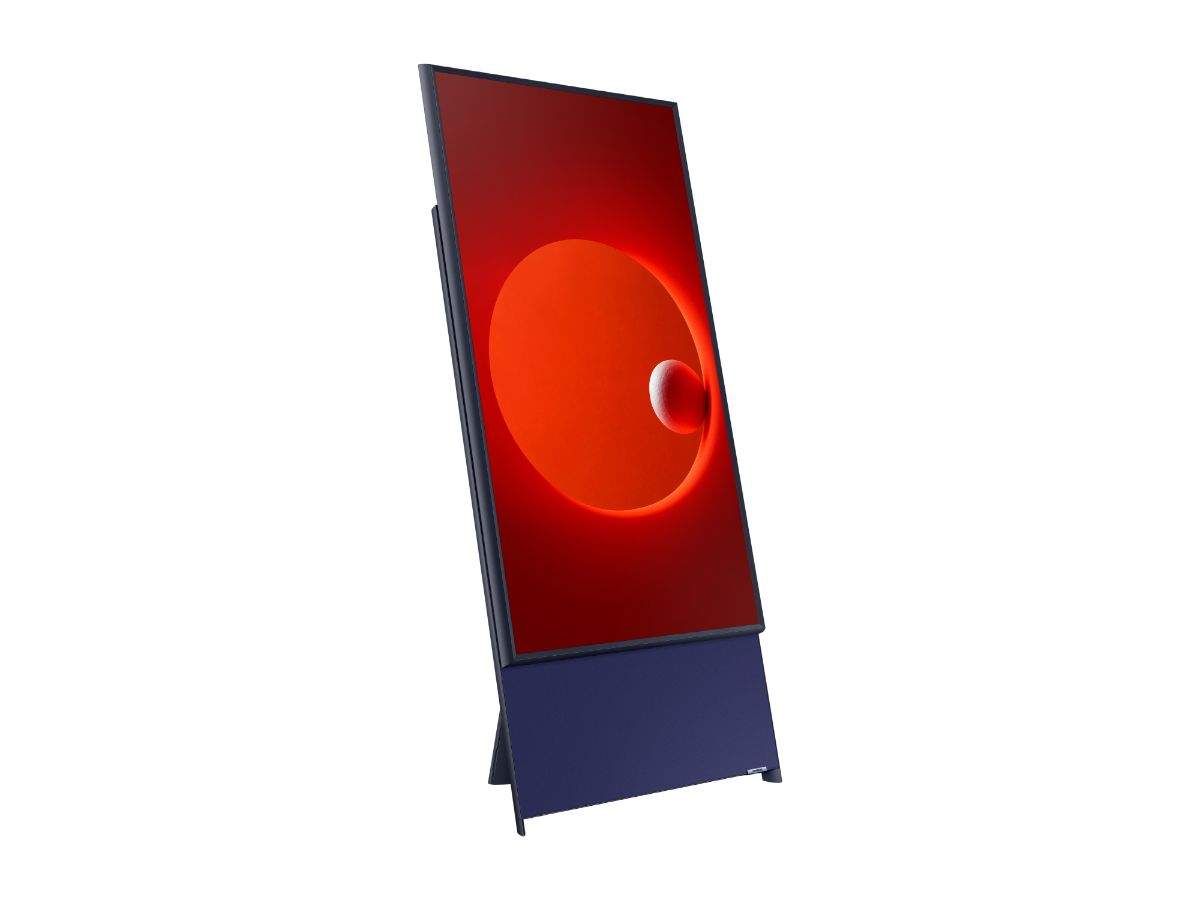 Sero: The vertical TV from Samsung

Did you ever think that TVs could turn vertical from horizontal? Well, Samsung has made this a reality. The South Korean tech giant unveiled its first vertical TV Sero at CES this year. Sero “vertical” in Korean, has the ability to pivot between horizontal and vertical orientations – just like a smartphone or tablet. The Sero’s display orientation technology connects seamlessly with users’ mobile devices to smoothly and naturally display content in traditional horizontal formats, as well as vertical formats designed for mobile consumption. Geared toward millennial and Gen Z consumers, The Sero features a modern design that stands out in any space, and features a range of different display features for when it is not in use. 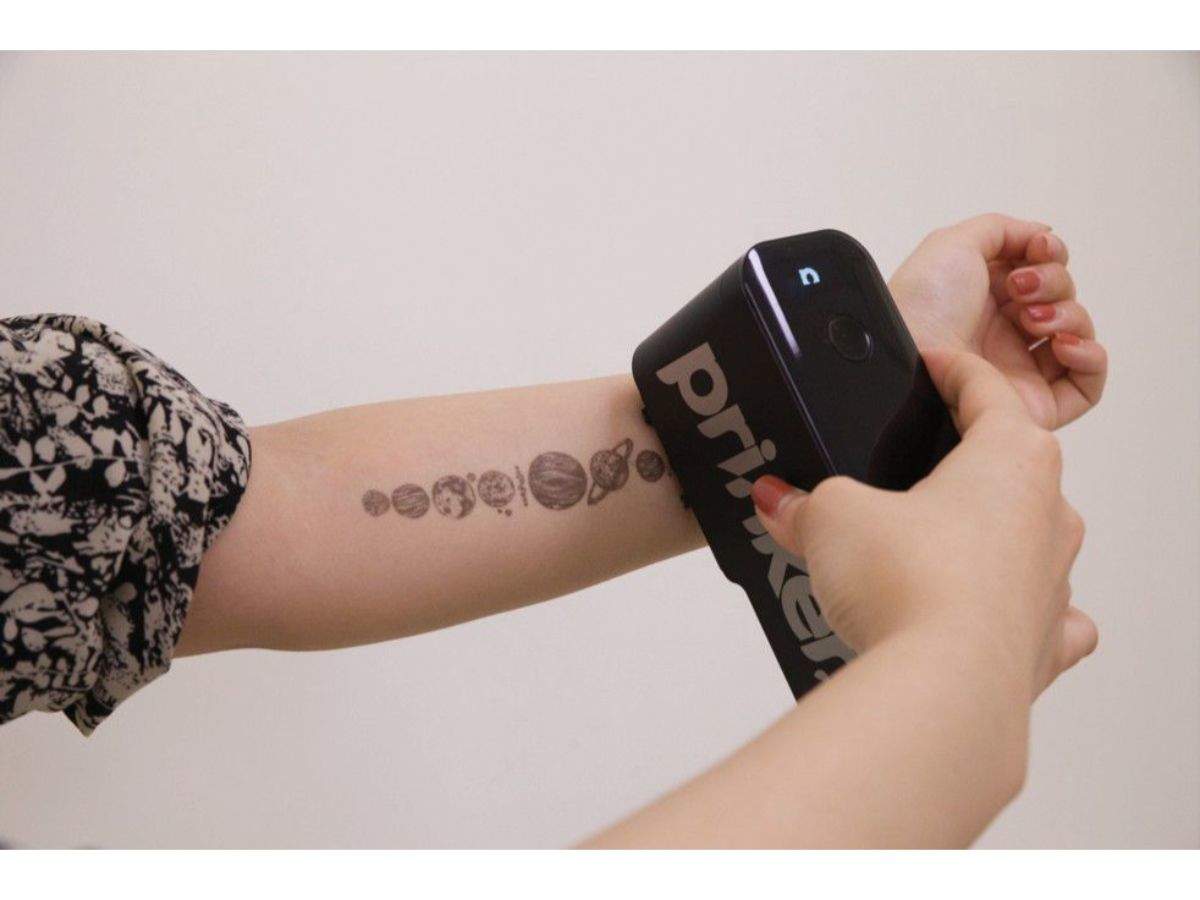 Always wanted to get a tattoo but are afraid of the needle and the pain? Then this device is surely for you. Prinker is a temporary tattoo printer. The device makes temporary tattoos on your skin using cosmetic grade ink. The users can select whether they want their tattoo to be black or coloured. The users can also select the image which they want to be tattooed using the companion app. It costs $269 and will be available for purchase from mid 2020. 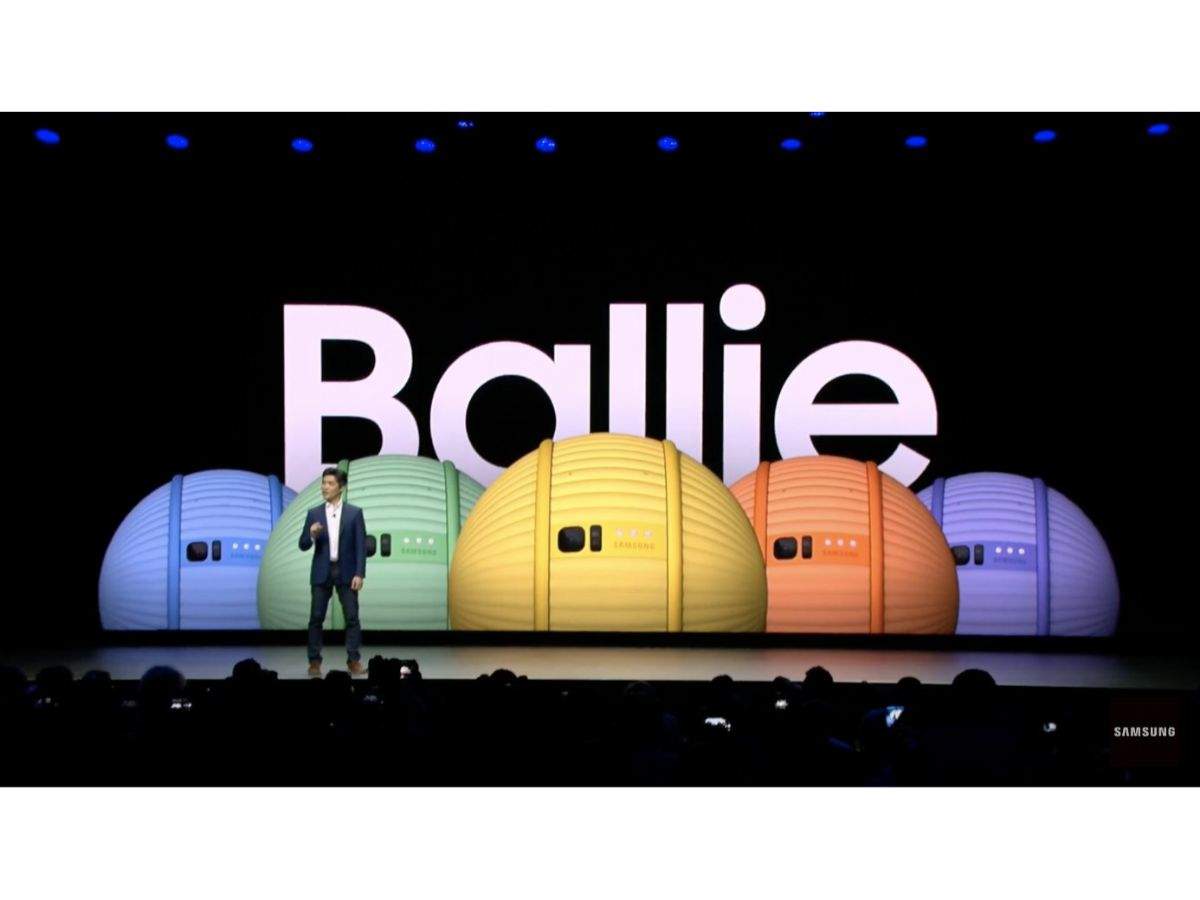 Samsung unveiled its small rolling robot Ballie at CES 2020. The ball-like robot claims to understand and support the user by relating to their needs. The robot is designed to help the consumer around their smart home. Samsung adds that Ballie uses its AI capabilities to become a security robot, a fitness assistant, a friend to kids and pets and also a helpful tool for senior citizens. 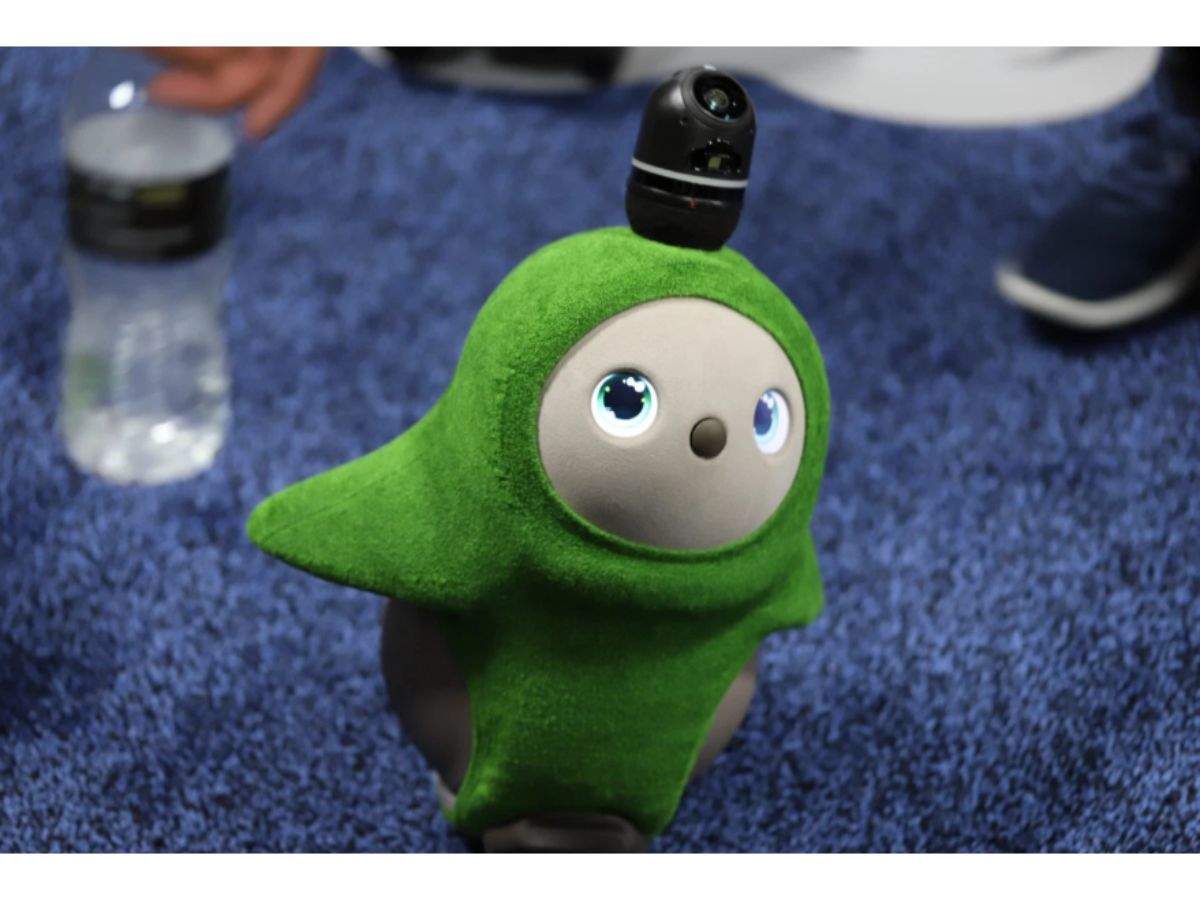 CES this year saw some really interesting robots and Lovot is one of them. Known as the love robot, it is designed to bring cheer into people's lives. The device acts as a mechanical pet. It has two cute big eyes and a button nose. The robot also has two flipper arms which wave around whenever Lovot wants to be picked up or dance or interact with the users. The robot comes in different colours and it has a small, soft and huggable body. Opte inkjet: Printer for your face

Procter and Gamble has brought an interesting product to CES this year. The company unveiled an Opte Inkjet which is a facial printer. Yes, you read it right. Opte is a handheld printer which looks for dark spots on your skin and then it deposits very small droplets of facial serum with pigment in order to treat and cover them. The device consists of a tiny camera which scans the face and looks for dark spots to treat them later. The device comes with a price tag of $599 and is expected to hit the market this year. 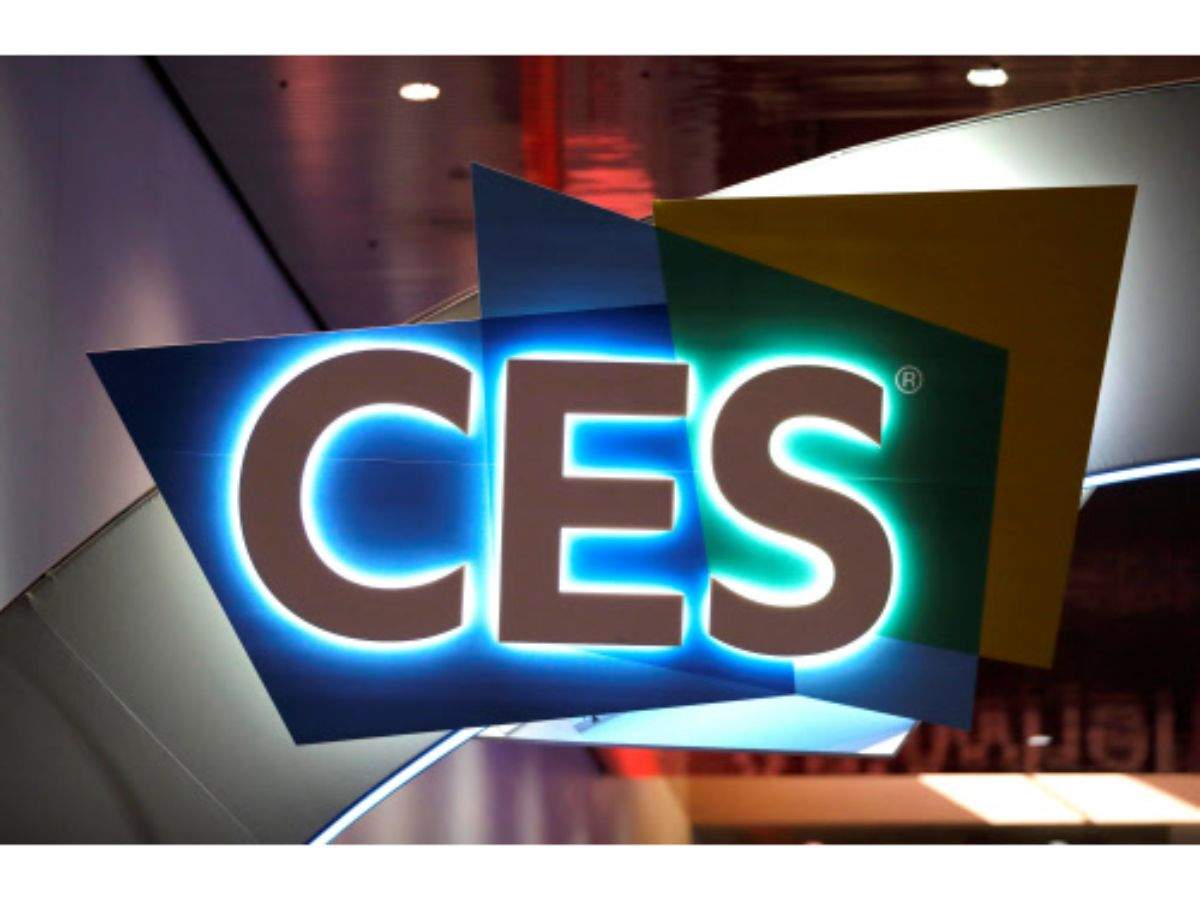 Charmin SmellSense: Will let you know if it's safe to enter the loo

Apart from bringing the toilet paper robot, Charmin also introduced a smell sensor for the loo. Named as SmellSense, the sensor will inform whether it is ‘safe’ to enter the loo or not. SmellSense will give users a no or good to go based on how much carbon dioxide or hydrogen sulfide is present in the air.

The sensor will inform the user about the conditions inside the bathroom directly on their smartphone. Urgonight: A headband to treat insomnia

If you also have a problem of insomnia then this is surely the device for you. Urgonight is a headband which will help you sleep at night. The device consists of a padded headband which measures your EEG using an app and then it uses games to teach you how to control the brain waves which impact your sleep. The company claims that the device uses neurofeedback therapy which shows real time activity of your brain and then help you in identifying the problem areas and change them using some exercises.

Smriti Irani Scoffed at Deepika Padukone : "She made her political affiliation known...

Kanglatimes Gadgets : The Redmi Note 9 Pro Max is the clear...

Full On Life : Samsung Galaxy F41 Is Finally Here With...

Normal life has been hit in Assam and other Northeastern...

The discovery could potentially open new possibilities for how doctors can better...

Lorho Pfoze of the Naga People's Front cautioned the centre against passing the...

The chief ministers of Punjab, Delhi, Maharashtra and Uttar Pradesh have asked for...